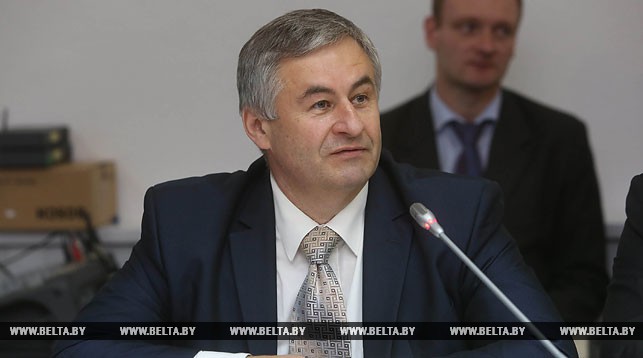 Aliaksandr Karliukevich graduated from Lviv Higher Military and Political School in 1985 and the Academy of Public Administration under the aegis of the President of the Republic of Belarus in 2002.

Since 1985 he worked as a journalist and editor in different printed periodicals, including such newspapers as ‘Leninets’, ‘Vo Slavu Rodiny’, ‘Kultura’, ‘Zviazda’, ‘Chyrvonaya zmiena’, ‘Narodnaya Gazeta’, and ‘Sovietskaya Byelorussia’.

Aliaksandr Karliukevich held the position of Director of ‘Literature and Art’ Editorial and Publishing Establishment since 2006 till 2011.

In 2011-2012 he worked as the Editor-in-chief of ‘Zviazda’ newspaper editorial institution.

In 2012–2016 he was appointed to hold the position of Director of ‘Zviazda’ Publishing House Editorial and Publishing Establishment.

In December 2016, A. Karliukevich was appointed as Deputy Minister of Information of Belarus.