On Tuesday, security forces raided the flat of Current Time reporter Raman Vasyukoich. The search warramt was issued by the prosecutor’s office as part of the investigation into a case under Art. 130 (‘Incitement to racial, national, religious or social hatred’) of the Criminal Code. 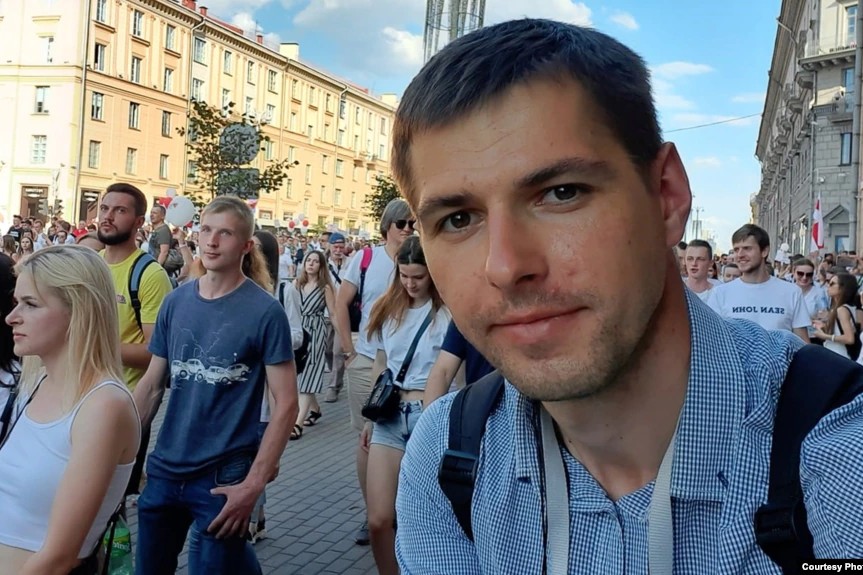 The search was carried out by officers of Minsk Air Transport Internal Affairs Directorate; they were looking for ‘extremist literature and symbols’, but nothing questionable was found or seized.

The unexpected visit is apparently linked to the incident that happened in December. Then Raman Vasyukovich who had a copy of Belarusian Donbas, the book by Belsat TV journalists Katsyaryna Andreyeva and Ihar Ilyash on him was detained at Minsk Airport; the book was taken away and never returned. A protocol was drawn upon the media worker for ‘distribution or transportation of extremist items’, although the book had not been not declared ‘extremist’ at that moment.

On March 26, Kastrychnitski district of Minsk ruled that Belarusian Donbas would be considered extremist in the territory of Belarus. The work is nothing but a journalistic investigation about Belarusians at war, the role of special services and personally Alyaksandr Lukashenka, as well as how this conflict affected Belarus, the authors say.

Under the Belarusian law, the distribution of ‘extremist’ works is prohibited in the country; the access to the websites on which they were posted must also be blocked. At that, the content of information products included in the republican list of extremist materials is not subject to announcement. If found during searches, the publications deemed extremist may be confiscated and subsequently destroyed.