Ministry of Information Blocks 40 Websites, 11 of them Extremist

In 2015, the Ministry of Information restricted access to 40 websites, says Lilija Ananič in the reply to BAJ request sent on November 5.

“Out of them, 18 informational resources have been blocked for distribution of information aimed to sell illegal drugs, 2 – for tabooed vocabulary, 5 – for inappropriate advertising of medicines, 1 – for propaganda of child pornography, 1 – for distribution of information that can inflict damage to national interests,” says the reply. Access to four of the resources have been renewed. There had been no warnings issued to owners of the websites. 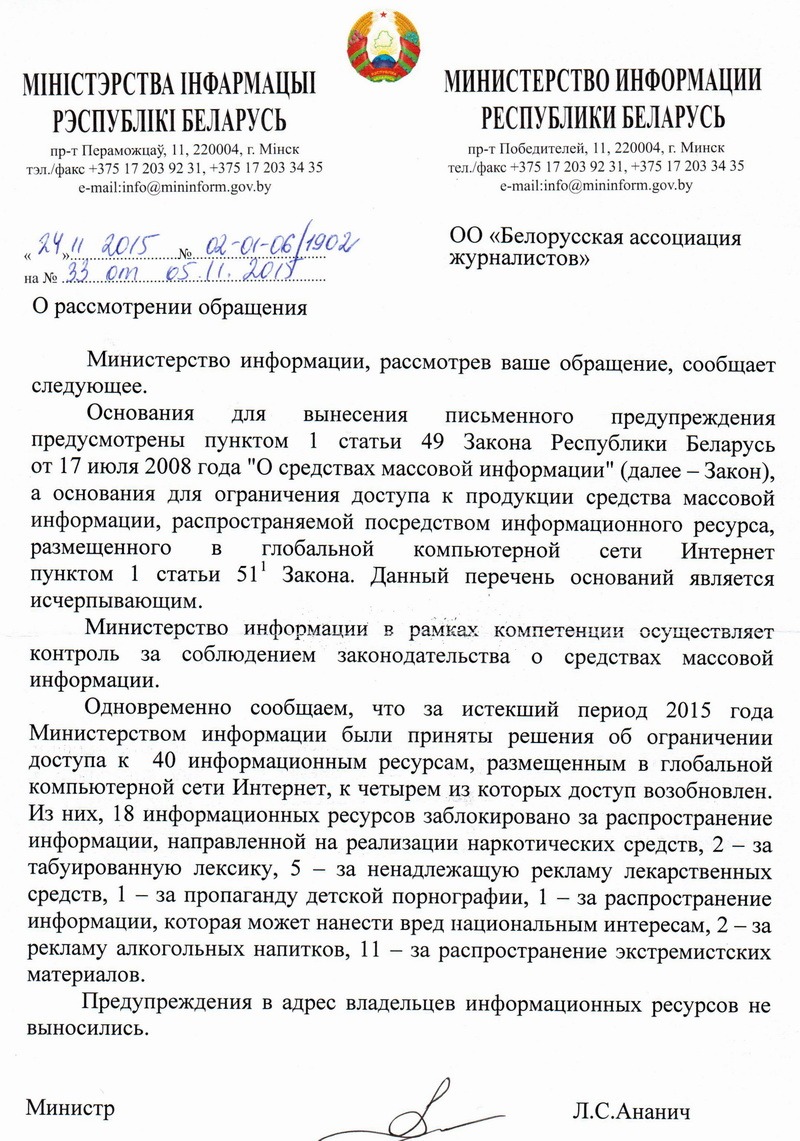