The Ministry of Foreign Affairs has developed a new Regulation on the procedure for accreditation of foreign media in Belarus. 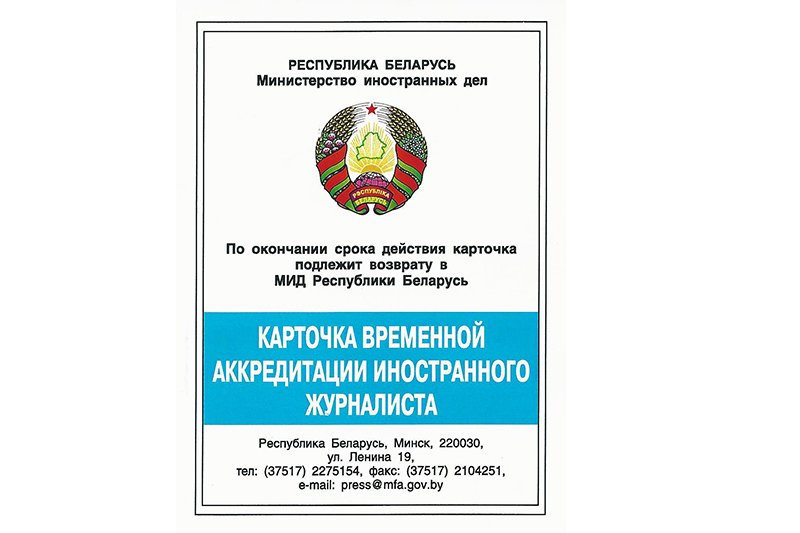 Therefore, all previously issued accreditation cards are no longer valid as of October 2.

On Monday, 5 October 2020, MFA's Commission on Accreditation of Foreign Journalists will begin its work with new members. Online application forms are to be available on Monday morning. To apply for accreditation, one is to fill out a questionnaire in the Press Service section of the MFA's website. One may apply for  temporary or permanent accreditation.

The new Regulation defines new terms for consideration of applications: 5 days for a temporary accreditation, and 30 days for a permanent one.

In late August, the Belarusian authorities deprived several journalists working for foreign media of accreditation. Thus, according to the Belarusian legislation, they are not allowed to cover events in the country.

Protests against the fraudulent election results continue since August 9.