The Media Freedom Coalition expresses its deep concern about continued attacks on media freedom and the targeting of independent journalists in Belarus.

Media freedom is an important part of democratic societies and essential to the protection of human rights and fundamental freedoms. 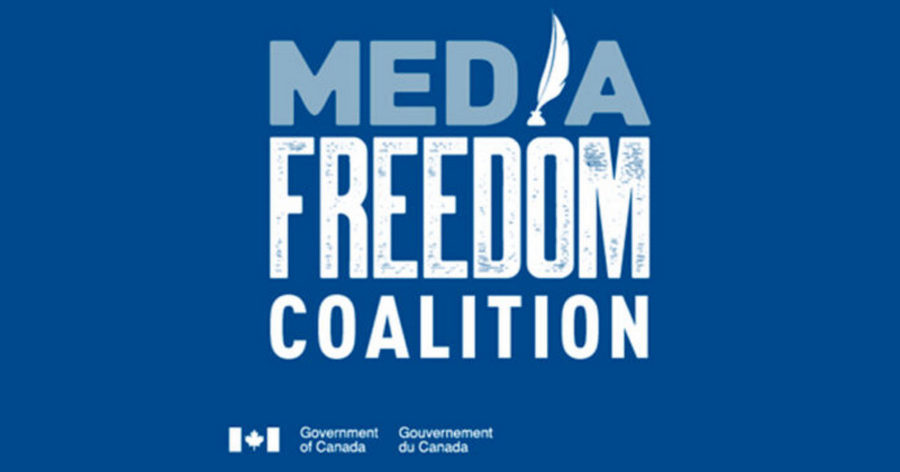 Since the contested presidential election was held on August 9, authorities in Belarus have restricted access to information and have led a brutal and sustained campaign to persecute and harass independent journalists and those from foreign media organizations and prevent them from performing the vital role of objectively reporting on events and holding authorities to account. Access to unfettered information is vital for citizens during protest. Independent journalists play a key role in informing citizens on the causes of unrest and state responses.

Some 400 journalists and media workers in Belarus have faced various forms of repression in the course of the election and its aftermath. On January 12, 2021, media consultant Andrei Aliaksandrau was arrested for allegedly providing financial support to protestors.  On December 22, members of the Press Club Belarus were arrested and charged on tax evasion. On January 19, the Belarusian courts confirmed their rule of December 3 which rescinded the official media status of independent news website Tut.by, thereby stripping its journalists of the official protection they have the right to expect when doing their job. Tut.by journalist Katsiaryna Barysevich remains in custody under criminal charges of the alleged disclosure of medical secrets of the late Raman Bandarenka, who died after reportedly being beaten by security forces.  On November 15, independent journalist Yekaterina Bakhvalova was arrested and had criminal charges brought against her after filming police officers firing stun grenades during a memorial for Raman Bandarenka. Authorities detained another 23 journalists who were covering this event.

It is deeply troubling that RFE/RL journalist Ihar Losik felt the need to go on hunger strike in order to bring attention to his unjust imprisonment.  We are relieved Mr. Losik has halted his hunger strike but remain concerned about his ongoing detention. Sadly, this is only one example of the impact of the authorities’ blatant contempt for media freedom.

These are not isolated incidents but tragic examples of the authorities’ wider campaign to restrict the fundamental freedoms of opinion and expression, by violently suppressing peaceful political protests by opposition supporters and demonstrators. These actions have also been strongly condemned by UN human rights experts and the likeminded international community.