The founder of the press club Yulia Slutskaia, who is now in custody in pre-trial prison # 1 in Minsk, passes information through her daughter Alyaksandra about life in the prison cell. 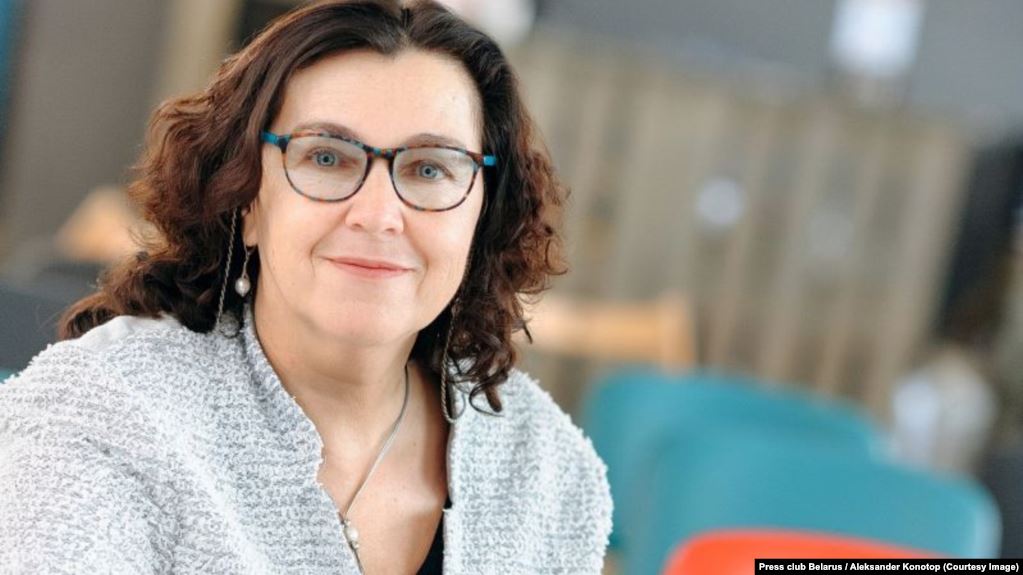 Yulia Slutskaya, the founder of the Press Club, is charged under Part 2 of Art. 243 “Evasion of taxes and fees on a large scale”. Since December 22, she has been behind bars.

In letters to her family, Yulia writes about life in jail. The notes on her Facebook page are published by her daughter Alyaksandra.

“I have already told you about the change in the composition of the cell and the fact that I seem to have a friend now. So it did not last long. Already on the fourth day the movement started. And Volha was transferred to another cell. In general you should not get attached to anybody here.

Nastya was transferred with us for a short time. She is with us for the time of the appeal and will soon leave for Zhodzina. She’s over 40, she’s one of us. Already convicted for “hooliganism”, she got a year and a month. Nastya has five kids. Three of her own, and two in foster care. She worked in an orphanage. The children who were in foster care were naturally taken away. And they were returned to the orphanage. That is the kind of people we have here. People that another normal state would glorify”.

“A WOMAN HAD A STROKE IN PRISON. HER CELLMATES CARRY HER IN THEIR ARMS TO THE TOILET AND TRY TO FEED HER”.

Nastya was transferred to us from the “herring” – the medical unit. She told a terrible story. There was a woman in the cell with them who appears to have had a stroke while in jail. She is over 50, her name is Alla Ivanauna. We think it happened in prison because Nastya heard the staff say that she was OK when she was taken to prison. Now she cannot walk or speak and her one arm barely works. She lies there all the time. The cellmates take care of her. They took her to the bathroom on their arms and tried to feed her. They inject her with something, but she is not taken care of. Maybe someone will recognize her as a relative?”

All this aimlessness and abnormality is gradually becoming “normal”. It’s getting harder and harder to keep the faith”.