Aleksandr Lukashenko has signed a law that amends the legislation on mass media, BelTA has learned. 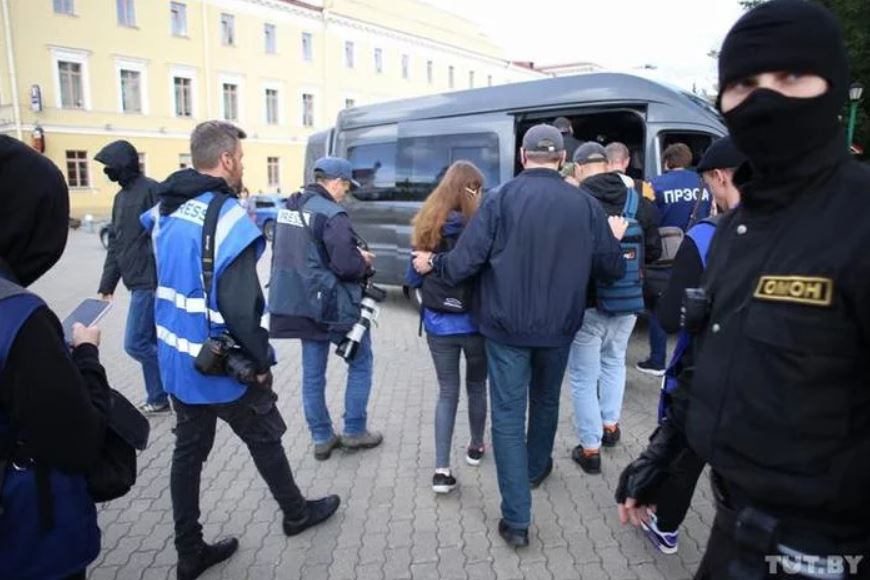 The law expands the list of information, the dissemination of which by the media and internet resources is prohibited. In particular, the law bans publishing the results of public opinion polls relating to the socio-political situation conducted without necessary accreditation. It is also prohibited to post hyperlinks to materials containing information that is prohibited.

The Prosecutor General, the prosecutors of the regions, the city of Minsk shall be given the right to restrict access to internet resources and online media which disseminate the information to promote extremist activities or to call for such activities, as well as other information, the dissemination of which can harm the national interests.

Grounds for restricting access to internet resources and blocking media outlets have been expanded. Now it can also be made on the basis of a decision by the Interagency Commission on Information Security that find them to be distributing information that can bring harm to national interests.

The law stipulates that along with a court decision, a media outlet can be banned by a decision of the Information Ministry (for example, in case of two or more written warnings issued to a legal entity, which has the functions of the editorial board of a media outlet, or to a media outlet founder or owner of a network publication).

The law envisages measures aimed at minimizing foreign influence on the Belarusian information market. Regardless of the time of the launch, a media outlet cannot be founded by foreign legal entities, foreign citizens and stateless persons, or legal entities with foreign participation.

The law introduces a possibility of revoking a journalist's accreditation if he or she or a legal entity that has the functions of a media editorial office has violated the established accreditation procedure, or if information disseminated is not true and defames the business reputation of the organization that accredited the journalist, or if an intentional illegal act is committed in the course of professional activities.

The law also enshrines a possibility to restrict access to a copy of an internet resource, access to which was previously restricted.

The main provisions of the law come into force one month after its official publication.

Media in the Brest Region