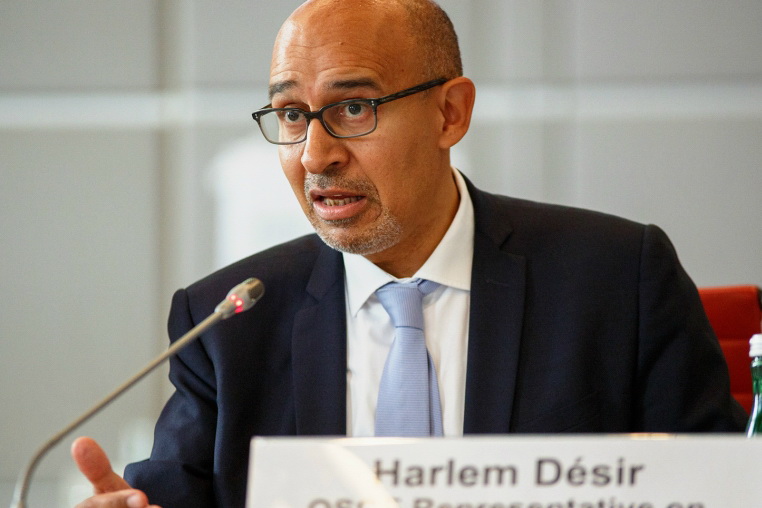 “The adoption of these amendments sends a worrying signal about media freedom and pluralism – online and offline –in Belarus,” Désir said. “I call on the Belarusian authorities to carefully review the law and bring it in line with international standards and OSCE commitments on freedom of expression and freedom of the media.

Among other things, the latest amendment to the law “On the mass media”, adopted 14 June by the House of Representatives of the National Assembly, includes a general ban on foreigners, foreign legal entities, Belarusian entities with at least 20 percent stock belonging to foreign or international entities, and stateless persons establishing media outlets in the country (para 3 of Article 3).

Additionally, the amendments to the law provide the Ministry of Information with strict control over all online resources (Art. 51-1). “No Ministry should have the exclusive power to block access to any online resource without a court decision. Content removal should require judicial oversight,” Désir said.

The owners of online resources are now obliged to “analyse” all content as the law demands that they are responsible for preventing dissemination of untruthful information that may harm State or public interest, or defame individuals or legal entities. They are also liable if their resources are used to disseminate information or comments by internet users who have not gone through prior identification, as defined by the State (Art. 30-1).

“Many of the provisions are excessive and disproportionate and could result in the curtailing of freedom of expression, including the right of citizens to remain anonymous online,” Désir said.

The Representative also noted that the concerns expressed by national media NGOs, such as the Belarus Association of Journalists, had not been taken into account.

The law also continues to forbid citizens from contributing to foreign media without special accreditation, despite calls by the Office of the OSCE Representative on Freedom of the Media to discontinue this practice.