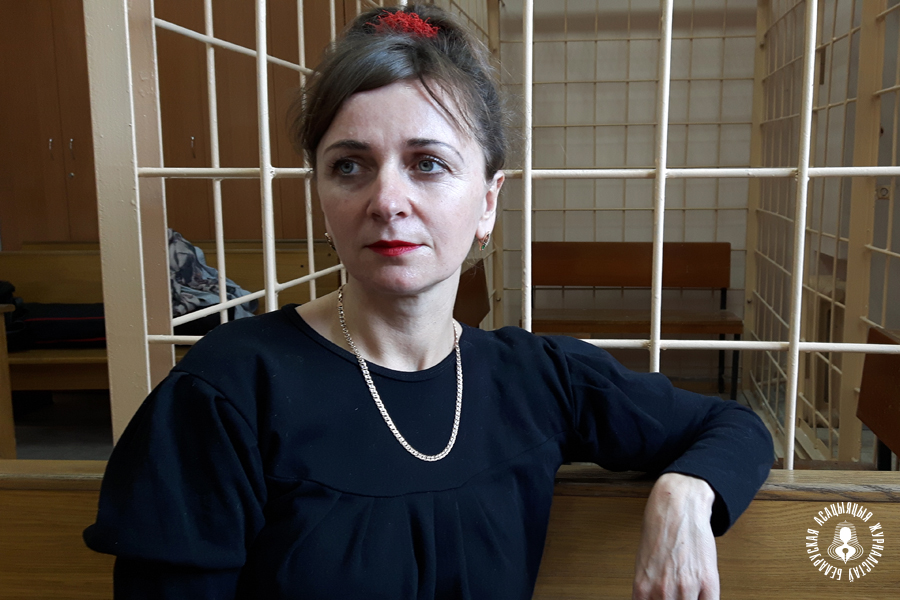 As a result, she was fined for 41 basic amounts: 40 amounts for violating administrative article 22.9 (illegal production and distribution of mass media products) and one for failure to appear in police following an official summons on March 25 and March 26.

“I was judged for a live stream of the meeting held on Liberty Day by participants of the March of Non-parasites near the Palace of Deaf People Society. The stream was broadcast by Belsat channel. Another article concerned was shown on Belsat and titled “Belarusian hospitals make experiments over patients”. The story told about a woman patient who did not get timely medical aid, and this led to a brain stroke. And also about health problems of underage kids after vaccination. They alleged that I abused the rights and duties of a foreign journalist, envisaged by points 2, 4, 6 of art. 34 of the Law on mass Media. First I was called a foreign journalist. But then they reconsidered what I had violated”, says the journalist.

She was summoned to police on March 25 and 26 – these are days of lawful days-off, Saturday and Sunday. Besides, on March 25 Larysa Shhchyrakova was detained on March 25, taken to the city prosecutor’s office where she was given an official warning her against contribution to Belsat without accreditation.

Earlier, on March 17, Larysa Shchyrakova was fined under 22.9 for 7 b.a. in Rahachou. This adds up to her previous numerous fines, the total sum of which goes more than 1000$.