Raids targeting journalists continued for a second day in Belarus on Friday.

According to Piotr Kuzniacoŭ, the publication’s founder and director, targeted by police raids were the home of Editor in Chief Hanna Jakštas and her husband, journalist Dzianis Jakštas, as well as the homes of journalist Iryna Voĺskaja and Jaŭhienija Kraščyk, head of the publication’s advertising department.

Mr. Kuzniacoŭ said on his Telegram channel that the home of Ms. Jakštas’ grandmother was searched on Friday afternoon.

Mr. and Mrs. Jakštas reportedly had equipment and mobile phones seized. They were not arrested.

Later in the day, Mr. Kuzniacoŭ was also reported to have his home raided.

According to the Belarusian Association of Journalists (BAJ), at least 29 searches were conducted in the homes of journalists and the editorial offices of non-state media outlets on Thursday and Friday, with seven media workers arrested. A total of 32 media workers are currently in custody in Belarus, the BAJ said.

A search was being conducted at the Minsk home of Anastasija Zańko, a journalist of the onliner.by news portal, according to the Naša Niva online publication.

In addition, there were reports of a search at the home of journalist Maksim Chliabiec in Brest. It was not immediately known in the framework of what case the raid was being conducted.

Appearing on the Belarus One television channel on Thursday, a senior KGB officer linked the raids and arrests to a “large-scale operation to purge radically minded people.” 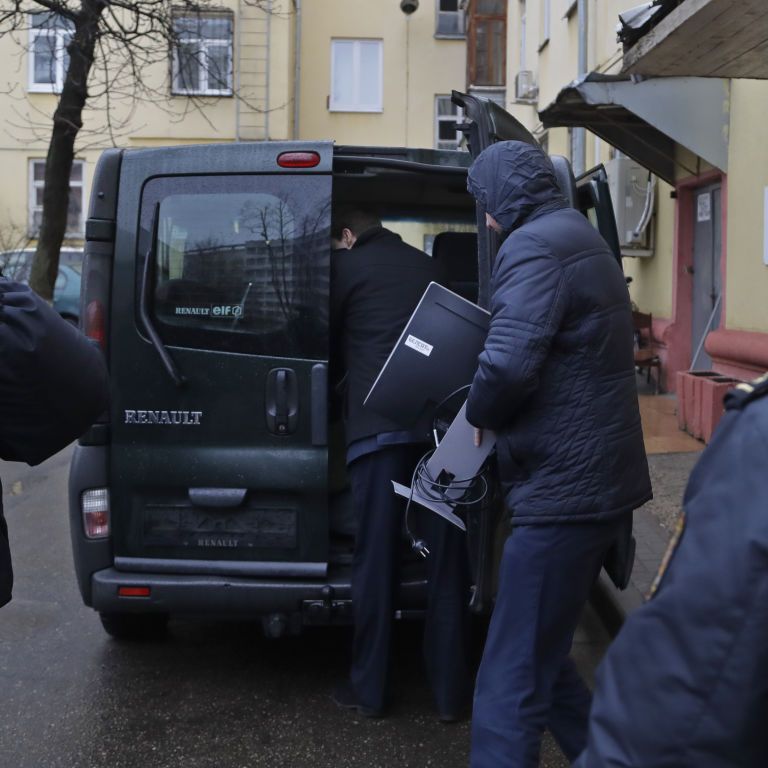