On Tuesday afternoon, the police detained a group of journalists near the KGB building in Minsk and drove them away  to check their ID. 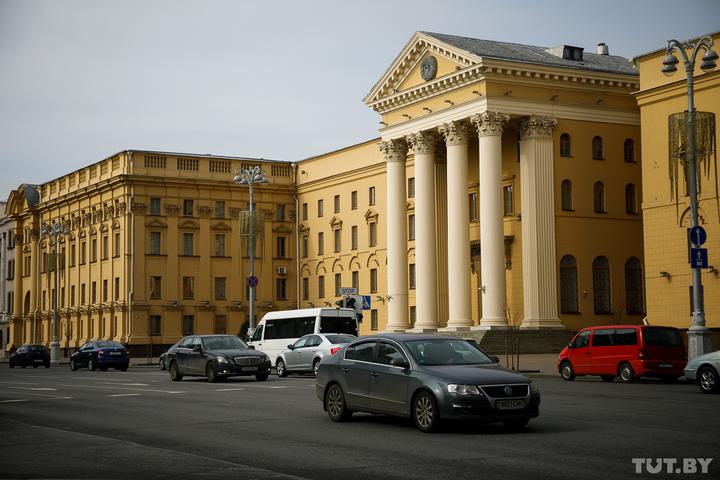 "Our press officer left to Zavodski police department, all accredited journalists will be released after ID check" — Volha Chamadanava, an official representative of the Ministry of Internal Affairs, said.

A few minutes later TUT.BY's Alena Talkachova called the newsroom to inform that all the detained journalists had been released.

— We were detained by riot police, they took us to Zavodski police department in two vans. In the police department, we were put in charge of Siarhei Vareika, deputy chief of public security police.  He got a call from a general and we could go free after he taled to him and checked our documents.

Today at 4 p.m. Babaryka's team coordinator Maria Kalesnikava was supposed to file a petition to the KGB pleading to change the measure of restraint for the unregistered presidential contender Viktar Babaryka.

She asked his supporters to act as bailsmen.

— No one can be found guilty without an effective court verdict. This is the right that is guaranteed to us by the Constitution. It is called the presumption of innocence. We believe Viktar Babaryka is innocent. However, the decision to detain him is even more unacceptable. We will continue to fight against this at every possible legal way," — the headquarters' statement reads.

The petition, which can be downloaded from Babaryka's website, says that "in view of Babaryka's personal qualities, Viktar does not pose a physical threat or other danger to society, and his detention is an excessively strict measure." The petition asks for a softer measure of restraint for Babaryka, in particular,  a release on bail. For violation of bail terms, bailsmen are subject to monetary penalty in the amount of 100-500 base values (2,700 — 13,500 BYN).