12.08.2020 Source: Press service of the Belarusian Association of Journalists

Media representatives were attacked and detained in Minsk and other cities of Belarus on Tuesday, August 11.

The Belarusian Association of Journalists calls on the authorities to stop the violence. 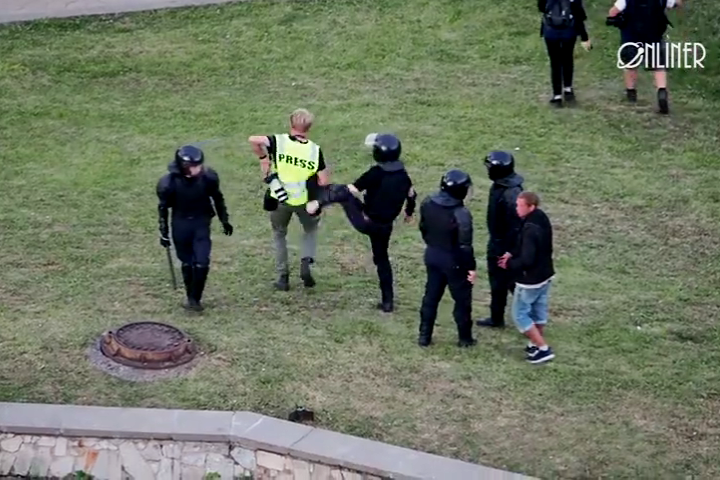 Journalists detained on August 11 in Minsk and not released: Pavel Patapau, Ivan Murauyou, and Maksim Berazinski.

The Interior Ministry does not provide information about their location or what they are charged with.

The list is updated. Live updates here and at BAJ telegram channel.

Journalists do not participate in protests. According to the law on mass media, the Constitution and international law, they have the right to cover protests.

The Belarusian Association of Journalists calls on the authorities to immediately stop attacks and detentions of media representatives, and to release and drop charges against the journalists in detention.