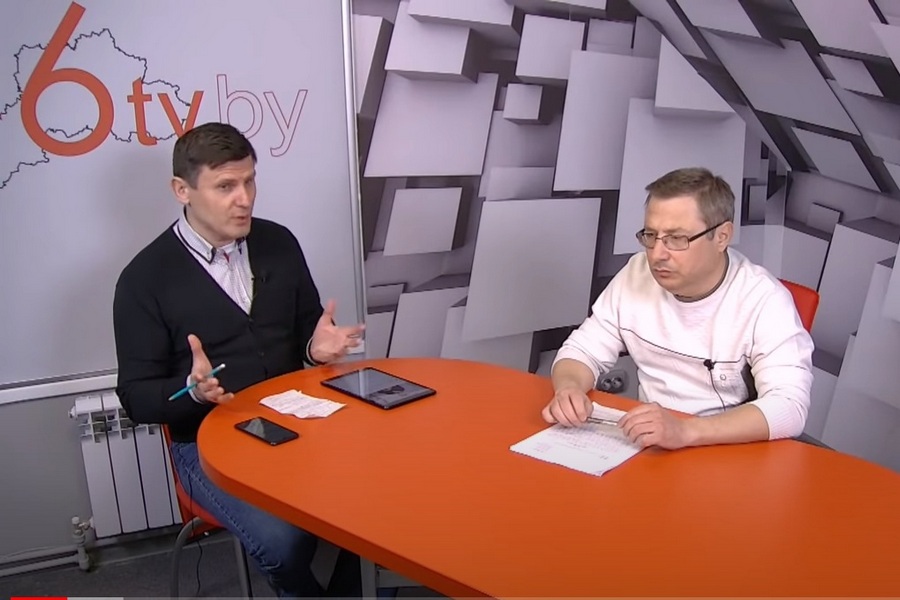 Vasily Karniayenka, Leninsky district police officer, testified against them during the hearing. In fact, there was no mass event near the court building. The journalists came there to cover a trial but were not allowed to enter the building, just as many other representatives of the public.

At the court hearing, Alexander Burakou said that had been tortured and treated in an inhuman way at Mahiliou detention center: He hadn't slept properly for several nights, the staff regularly arranged cell checks, forcing him to strip naked in the corridor. They also did not pass him clothing and other stuff that his family brought to the detention center.

Journalist Uladzimir Laptsevich was also found guilty of participating in an illegal mass event and sentenced to 20-day arrest.

Although the detained can be kept in custody for only 72 hours before court hearing, Laptsevich was illegally held in the detention center pending trial. Three hours later he was punished with 20 days of jail.  Uladzimir felt sick because of high blood pressure, they had to call for a doctor to his cell. He also reported torture in the detention facility, and that he had been unlawfully detained and held behind bars.

Their families learned about the hunger strike from the jail personnel, when they brought a parcel for them: the personnel took warm clothes and hygiene products for Burakou (but did not give it to him, as Burakou stated in the courtroom), but not food, claiming he was on hunger strike.

However, the Ministry of Internal Affairs denied the information about the hunger strike  "Mahiliou residents, Alexander Burakou and Uladzimir Laptsevich, were indeed detained on May 12 near the building of the regional court for committing an administrative offense. However, these citizens have nothing to do with registered mass media and are freelancers," the Ministry of Internal Affairs said.

The Ministry also claimed that they had not received any official statements about the hunger strike.

"On May 13, they refused in writing to accept food from families in parcels, but they have the regular daily meals provided by the detention facility," the Ministry said.

Their cases were heard by judge Tatsiana Kastsiuk.

The German Foreign Ministry is investigating the circumstances of the detention of independent journalists in Belarus, in particular Alexander Burakou, who cooperates with Deutsche Welle,   Christofer Burger, official representative of the German Ministry of Foreign Affairs, said on Friday, May 14, in response to a question from a DW reporter.

He says, the German Foreign Ministry is trying to clarify the circumstances of the case through the German Embassy in Minsk.