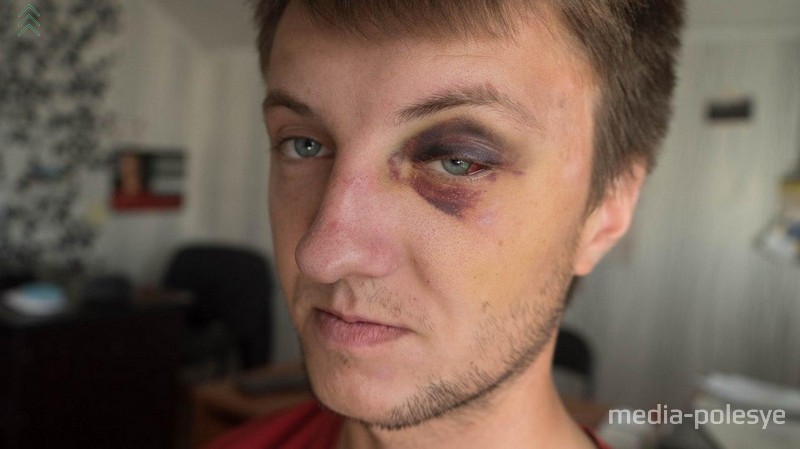 Yauhen's phone and camera were taken away and never returned. He informed his colleagues about his release at 1 a.m. via social networks.

In the morning, Yauhen came to the newsroom. In sneakers without laces. He still has bruises on his face and body.

— I came to shoot on August 10. I saw policemen there. I came over and took a picture of them. Then I got a phone call that riot police were coming. I walked down the street a couple of meters, and saw them running. I started running from them towards the building of the city executive committee. And I see policemen with shields already running from there. I raised my hands. I had a press badge on me. They grabbed me. And twisted my arms behind my back. They took me inside the building of the executive committee. and threw me to the ground. I shouted "Journalist!" They hit my head against the floor twice, then they hit me with a hand several times. They took me to the toilet. There I had to stand with my head against the wall, feet shoulder-width apart. I stood there for half an hour. Then they let me sit on a chair and stopped the blood. I sat for another half hour. Then they threw me into a police van. I think it was the driver who hit me twice with his hand. Then they brought us to the city police department. We were taken to the shooting gallery. I saw about thirty people lying on one side. I was the first on the other side. I lay on the floor, face down, handcuffed, for three hours. Then they let us stand up. It turned out our guards were riot police with machine guns and in full uniform. We sat until three o'clock in the morning. Then they started to release people. They released the people who they just grabbed on the street, for nothing. . My friend, I, and another man were left in the police station, because somebody saw us on the 9th. Out of 70 people, only three were actually detained. 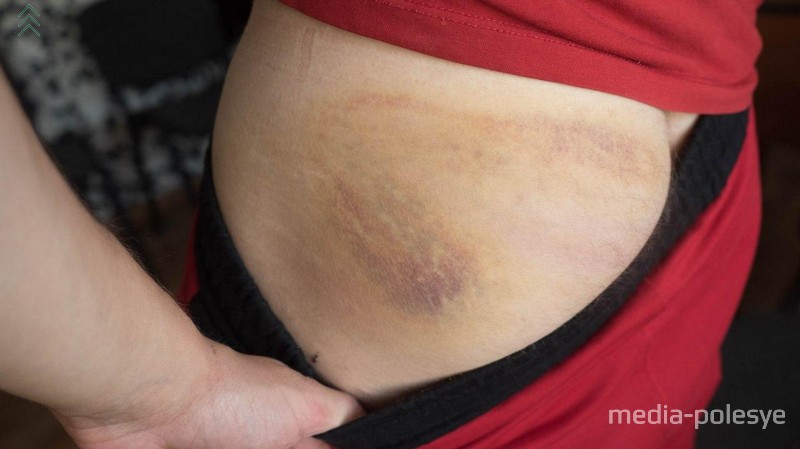 They came and started threatening us with charges under article 108 of the Criminal Code. We are charged with article 293, part 2. From 3 to 8 years. By the morning, they drew up a report on our detention. On the 11th, I sat all day with the investigator. After the interrogation, I went out and saw that the boys were lying on the second floor in the lobby of the city police department.

I asked for a lawyer. The lawyer wrote down that I had been beaten. They brought me to the detention center. Cell 7. There were 12 people in the cell for 4.  We tried to sleep. More or less. . They didn't let us use the toilet. There was a bucket. We only peed in there. We didn't go number 2, so that it didn't stink. We practically didn't eat anything for three days, so that we don't want to go to the toilet.

We were talking through the bars. There was a guy in my cell. He threw something at the police, as seen on the video. In the end, there were about eight of such people. The police said they acted as a group, although they did not know each other. They were taken to Baranavichy. Then, a day later they brought in the owner of the foreign languages school. They started saying he was the organizer, and paid protesters 30 rubles each. He said they threatened him with a gun. He said that he would cooperate with the investigator if they showed those who he had given 30 rubles.

On Wednesday, at 11 p.m. they wrote that we were cleared of criminal charges. . But they charged us with 23.34 of the Administrative Code, participation in an unauthorized rally.

Trials took place on Thursday. The trials resembled a muppet show.  People who had been just shopping were sentenced to 15 days, and those who had participated in the rally were given 10 days. A person says he wasn't there. And the policeman comes, and says that he was. That's it, 15 days. There were at least two people who hadn't been at the rally in my cell. They were given 15 days of jail because they didn't plead guilty.

On Thursday, they took us to another cell.

Then they put us in the police vans and took us to Ivatsevichy. We thought they were taking us to a detention center there. We arrived at a camp. They took us to punitive confinement cells. There were two of us in a cell. We slept on the floor, it was cold. They woke us up at 6 am. Then they brought mattresses and blankets. In general, they treated us okay in Ivatsevichy. They didn't take us outside. And they allowed no lawyer visits. They took us to have a shower. Thank them very much for this. I made a rosary out of bread. 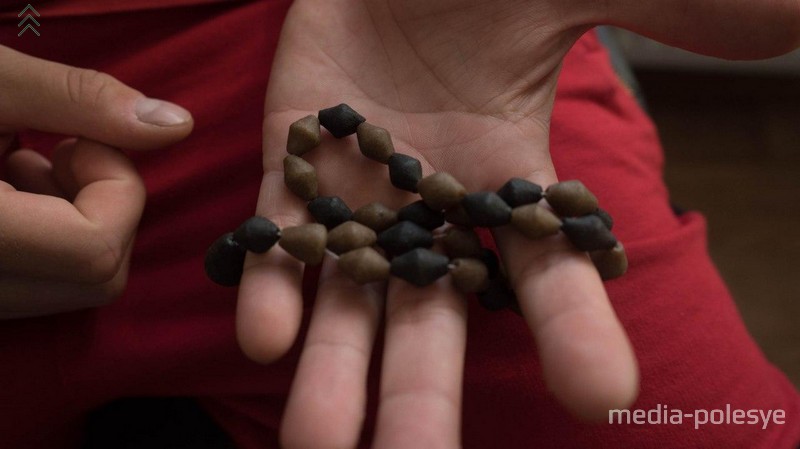 On Sunday, at two o'clock, we heard people outside shouting "Long live Belarus!". It was nice to hear.

I know that the girls who were detained on the 9th were stripped naked. Male guards examined them. People were beaten.

Those detained on the 9th were beaten harder. The officers said "what's wrong with you?", "You hope Tikhanouskaya to give you money?". Officers who beat people were in masks. I was beaten to bruises.