Minsk, 2 August. Siarhiej Hardzijevič, a reporter with the website Pieršy Rehijon that covers local news in the Brest region, was sentenced Monday to 18 months in a minimum-security correctional institution for allegedly insulting and defaming Aliaksandr Lukašenka, as well as insulting two police officers in a Telegram chat, reported Pieršy Rehijon. 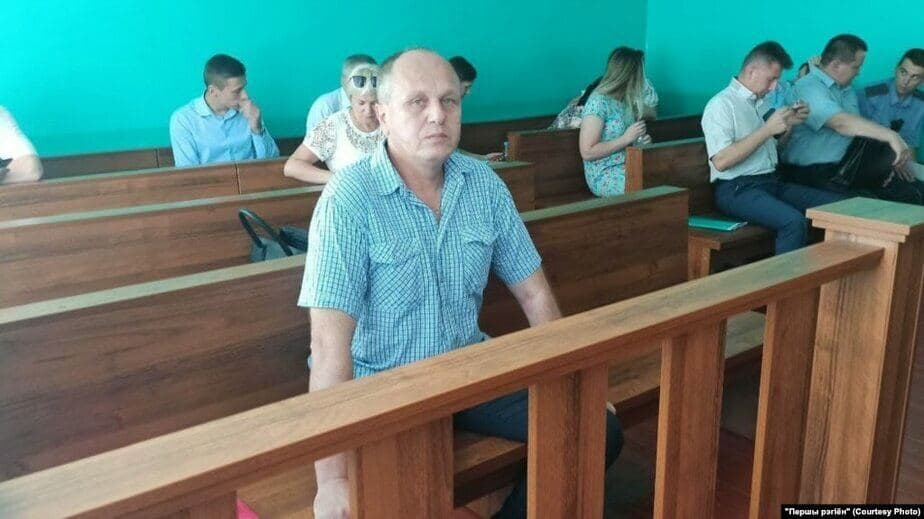 Judge Hienadź Kudlasievič of the Ivanava District Court in the Brest region also ordered the 50-year-old journalist to pay 2,000 rubels (some $800) to each of the two officers by way of compensation.

Mr. Hardzijevič’s mobile phone was confiscated as the instrument of his crime. A freeze was placed on his phone, computer, camera and car.

The man was taken into custody immediately after the sentence was handed down. The lawyers for the journalist are set to appeal the sentence.

Mr. Hardzijevič had his Drahičyn home searched at least three times. He was under house arrest from December 25, 2020, to May 3, 2021.

On December 31, 2020, he was formally charged with insulting the president of Belarus under the Criminal Code’s Article 368 in connection with a message sent in a Viber chat in September last year.

Mr. Hardzijevič refused to speak during his trial and did not admit the charges.