02.07.2015 Source: Press service of the Belarusian Association of Journalists

On July 2, the judge of the Lenin court in Brest fined Ales Liauchuk, non-staff journalist of BelaPAN, with the maximum penalty (50 basic amounts) according to administrative art. 22.9. 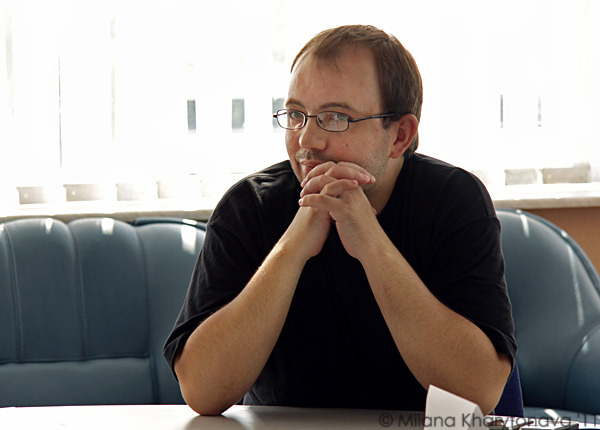 The journalist was found guilty of violating art. 22.9 by illegally producing a mass media report – an interview with Raman Vasiliuk, the captain of the local football club Brest. The interview was published on the website of Belsat.

The journalist argued that he worked as a non-staff journalist of BelaPAN news agency, and provided credentials. He also showed that the material under consideration was published on the website of BelaPAN.

“They set to think because there were no proofs that I had prepared the materials for Belsat,” says Ales Liauchuk. The judge took a break, and afterwards announced the decision – 9 million rubles fine (approx. 586 USD).

The journalist has already been fined twice for journalistic work (since December 2014), the second trial was held without the journalist’s participation; the total sum of the fines on him account to over 18 million rubles, which is near 1170 USD.

This year there have been 22 fines imposed on journalists for work. Two more trials are expected on July 9 and 10.

Press conference: Assault on freedom of speech in Belarus 22.01