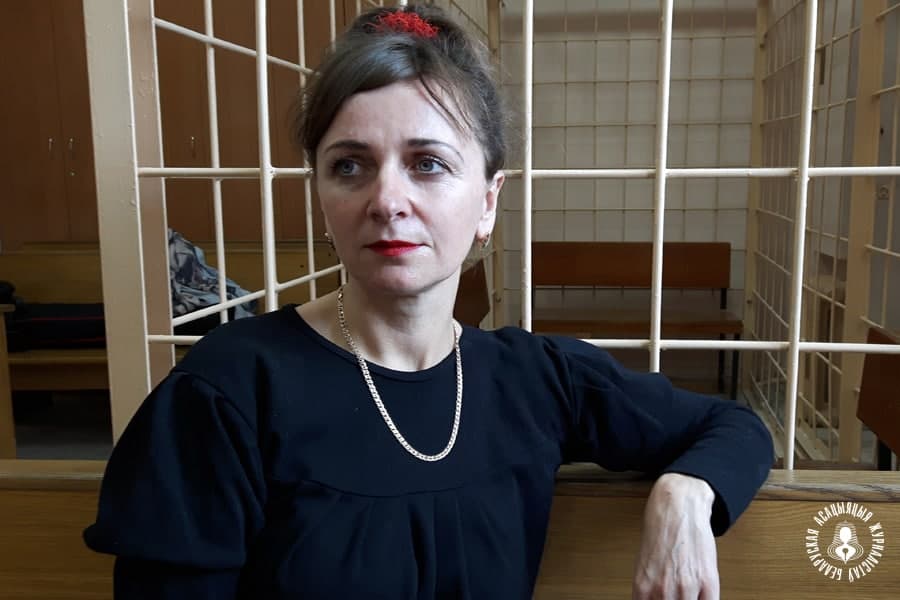 On February 18, at about 5 pm, three officers of the Homel Department for Combating Organized Crime and Corruption accompanied by two witnesses visited her house once again. It was stated that the journalist was allegedly involved in a criminal case on organizing disruptive actions in the city on 20 September 2020 (Article 342 of the Criminal Code).

Police seized a Dell computer, a Panasonic camera, and an iPhone 5, but never left a copy of the seizure report.

"After the search," Shchyrakova said, "I was taken to Chyrvonaarmeyskaya Street to be questioned as a witness. But I had nothing to testify about: on 20 September 2020, I was not present on the protest march against election fraud and did not cover it. I used my privilege against self-incrimination.

"I was also asked if I was going to pick up my son and "bail out" abroad soon. I explained that I had stopped journalism altogether and publicly announced that on Facebook."

According to the journalist, the officers offered her to record a video confirming her refusal to work as a journalist, but she rejected the offer on the pretext that "their recordings turn out to be low-quality." She promised to record such an appeal on her own and post it on Facebook in addition to what she had written.

According to Shchyrakova, the "carousel" searches of journalists, bloggers, and public activists' homes are directly connected with the political campaigns in the country - this time with the announced referendum on amendments to the Constitution. It seems that the authorities cannot stand the fact that society has alternative views on the organization of the campaign and voting. Therefore, various reasons are being devised to obstruct the activity, instill more fear, and at the same time discredit well-known figures.

In early February in Homel, police conducted a third search in the apartment of one of the region's oldest journalists on the grounds that he allegedly scattered about some tire-bursting spikes near the traffic police station, "acting with extreme cynicism."