Judge of Gomel region Andrei Susla punished Larisa Shchyrakova for cooperating with the "Belsat" TV channel without accreditation (violation of the Article 22.9 of the Administrative Code) with a fine of 35 basic units - 805 rubles. 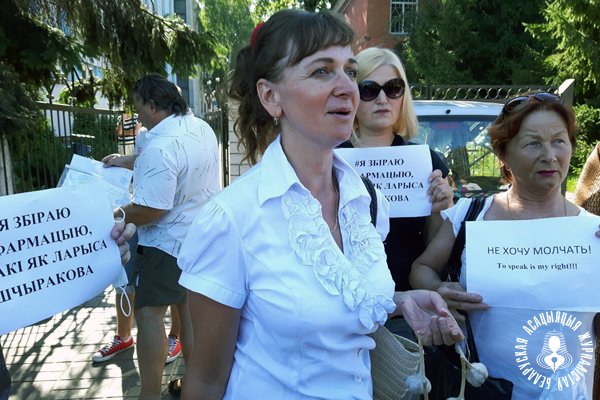 The journalist was found guilty of the illegal creation of media products for the TV channel "Belsat".

In July police made an administrative protocol for the illegal production of media production by Shchyrakova. Policemen drew up a protocol for the video about the intention of the authorities to demolish more than fifty private houses in Gomel within the boundaries of the streets Bogdana Hmelnitskogo – Rechitsa avenue - Chkalova. This intention of the authorities has caused outrage among many residents here. The chairpersons of the district administration and the office of the city's architecture had to organize the meeting of the townspeople on June 10. This is what Larysa shot the video about and posted on the video-hosting company Youtube platform. The TV channel "Belsat" used some footages in the story: "Officials had allowed us to build a house and now they want to tear it down." 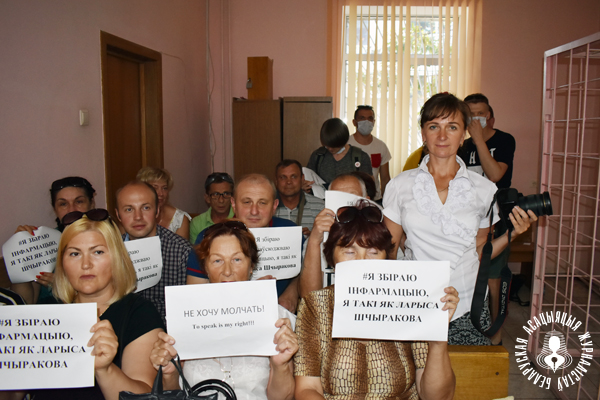 Larysa refused to testify against herself: "It makes no sense to say anything, because still decision is not taken in the court and but in the governmental offices. The court is only accepting penalties against independent journalists."

This is the fourth penalty of Larysa Shchyrakova this year for the illegal creation of media production. She had also a fine for participating in an unsanctioned event – as a journalist she worked during the rally of "nedarmaedy (against the Decree #3 on Social Dependency)" in Rogachev.
The total amount of fines of Larysa Shchyrakova is 3381 BYN this year.