Belarusian journalist Iryna Slaunikava has been in custody for six months. The former Belsat reporter and currently a staff member of Polish Television (TVP) is a political prisoner and will soon face trial. She is accused of committing crimes under two articles of the Criminal Code, informs Belsat. 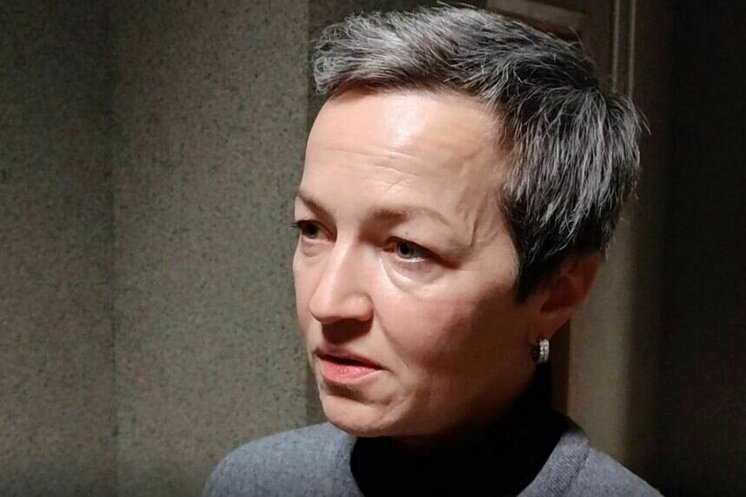 Iryna Slaunikava and her husband Aliaksandr Loika were detained at Minsk airport on 30 October 2021 when returning from vacation. Initially, the couple was sentenced to 15 days of arrest for publishing Belsat materials on Facebook that were ruled to be extremist.

Another 15 days of arrest for “disorderly conduct” followed. On 26 November 2021, the journalist was criminally charged with organizing actions grossly disrupting public order. This article is routinely used against participants of opposition marches after the rigged election by the Lukashenko regime and provides for imprisonment up to 4 years.

Her husband was released after another 15 days in jail, this time for defiance of the police.

Iryna’s father Aliaksandr Slaunikau informed that her lawyer had recently found out that she was also charged with the “foundation of an extremist formation” and could face up to 7 years in prison.

The Investigative Committee withholds information from the media about the status of the investigation against Iryna Slaunikava. Her defense attorneys were obliged to sign a pledge of secrecy, so even the journalist’s parents and husband are not aware of the gravamen.

On 3 November 2021, following Iryna Slaunikava’s arrest, the Belarusian Interior Ministry recognized the independent Belsat TV channel as an extremist formation. The journalist had cooperated with the channel in the past, but at the time of her arrest, she was a full-time employee of TVP, her father stresses.

According to the Aliaksandr Slaunikau, the lawyer says that there are no grounds for the trial to be held in camera. However, some hearings might be classified due to insufficient evidence. Iryna’s relatives expect that she will leave the courtroom a free person. However, they understand there are no acquittals in the trials of journalists in Belarus.