Savetski district court of Minsk read its sentence in the case against Dzmitry Halko. 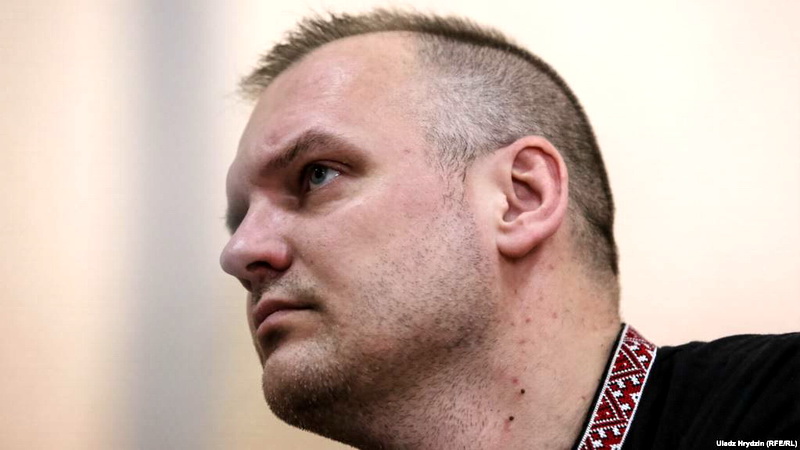 Journalist and blogger Dzmitry Halko was found guilty of "violence against police officers" and sentenced to 4 years of imprisonment in an institution of open type. He was released in the courtroom, RFE/RL reports.

The court also ruled to collect 850 BYN from Halko as a compensation for the aggrieved.

Halko pleaded not guilty and plans to appeal against the verdict.

Halko's defender Natalia Matskevich drew the attention of the court that her client is "father of three sons, two of them minors, and are his dependants, and this is not a mere formality. They are really supported by him.

Halko is a journalist by profession, and, looking at his background, he is a brave and talented journalist. He is brave, because he performs his professional duties in different places, including dangerous ones, in particular, in Eastern Ukraine, and he is talented, because he received prestigious awards. At the time of the events in question, he was also a successful journalist, because he had a regular job with good career prospects at Ekanamichnaya Hazeta newspaper. This is a person with no criminal record... Thus, we can conclude that personal experience and prospects of the defendant, his life plan do not show his desire or intention to come into conflict with the law and end up in prison as a result of violence against the police."

The lawyer noted that article 364 of the Criminal Code has a special subject-element creating an offence. That means, it provides for liability for the actions against police officers only. That is, the criminal law envisages special kind of protection to members of law enforcement bodies.  Similar actions made against ordinary citizens lead to administrative liability only,  becoming a criminal offence only if a police officer is the aggrieved party.

"However, this is not an unconditional privilege of police officers; this article is valid only if the actions in question aimed to hinder the legitimate actions of police staff," - said Natalia Matskevich.

She referred to the circumstances of the case, which raise doubts on the lawfulness of the police officers' actions, and to the inconsistency of witnesses' statements, etc.

"The conviction can not be based on assumptions, " - concluded the lawyer. She asked to declare Dzmitry Halko nit guilty. Full speech of the lawyer can be found in Russian on Facebook page of journalist Sabina Brylo.)

However, the court returned a guilty verdict.

The sentence has not yet entered into force. Dzmitry Halko will appeal the decision.

What does one need to know about the case of Dzmitry Halko?