Hrodna journalist Dzyanis Ivashin was detained on March 12. His latest article for "Novy Chas" was about former Ukrainian Berkut employees successfully got a job in the Belarusian police. He is also a journalist and editor of the Belarusian service of the InformNapalm website. 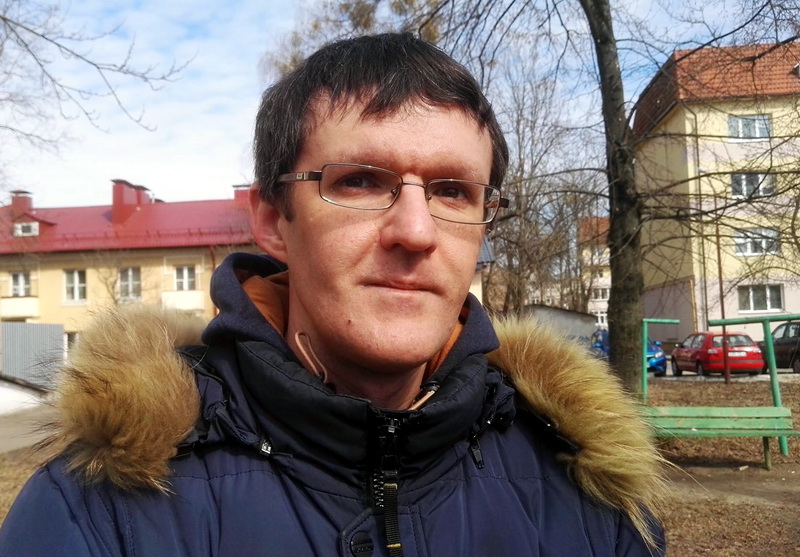 On March 12, the KGB detained Dzianis Ivashyn, an investigative journalist based in Hrodna. Ivashyn writes for the Novy Chas newspaper. His latest article dealt with former officers of the Ukrainian Berkut special police force who fled Ukraine and were hired by the Belarusian police. He is also a journalist and editor of the Belarusian service of the informnapalm.org website.

On the same day, security forces searched the journalist’s apartment and his mother’s house, and on March 15, his 95-year-old grandmother’s home was searched.

Dzianis Ivashyn was remanded in custody for two months.

On March 20, it was reported that Ivashyn had been charged under Art. 365 of the Criminal Code, allegedly for “influencing a police officer” in order to “change the nature of his lawful activities” by disclosing classified information.

In response to the pre-trial detention of journalist Dzianis Ivashyn and the charges he faced under Art. 365 of the Criminal Code, we, representatives of the Belarusian human rights community, note the following.

Dzianis Ivashyn’s work to investigate the Belarusian jobs of the former Berkut members pursued a legitimate goal of informing the public. Information for the journalistic investigation was taken from open sources.

In accordance with paragraph 30 of General comment No. 34 “Article 19: Freedoms of opinion and expression” of the UN Human Rights Committee, “extreme care must be taken by States parties to ensure that treason laws 64 and similar provisions relating to national security, whether described as official secrets or sedition laws or otherwise, are crafted and applied in a manner that conforms to the strict requirements of paragraph 3. It is not compatible with paragraph 3, for instance, to invoke such laws to suppress or withhold from the public information of legitimate public interest that does not harm national security or to prosecute journalists, researchers, environmental activists, human rights defenders, or others, for having disseminated such information.”

Thus, these actions are a non-violent exercise of the freedom to seek and disseminate information, which falls under the protection of Art. 19 of the ICCPR and cannot be classified as “influencing a police officer” in order to “change the nature of his lawful activities”.

In this context, we consider the detention of Dzianis Ivashyn to be politically motivated. The journalist is therefore a political prisoner, in accordance with paragraph 3.1 (a) of the Guidelines on the Definition of Political Prisoners.

In this regard, we, representatives of human rights organizations in Belarus, call to: