Aleh Hruzdzilovich was first arrested on 16 July 2021, during the raid search of the RFE/RL Minsk office. He was detained for ten days back then. On 23 December 2021, he was detained again under a criminal case. 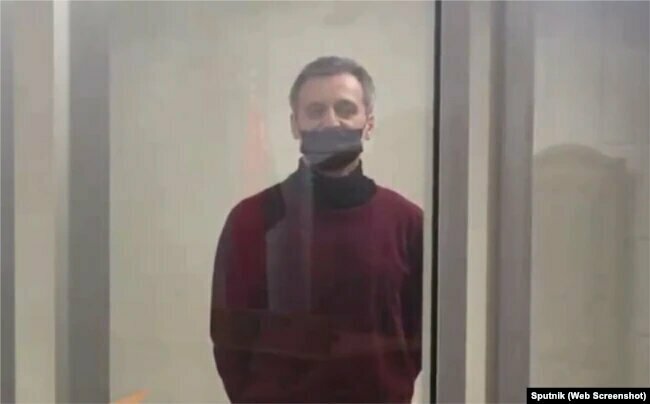 His trial began yesterday. The former RFE/RL journalist was accused of participation in three different protest marches against the electoral fraud in 2020 (Art. 342 of the Criminal Code — Organisation and preparation of actions that grossly violate public order, or active participation in them). The prosecutor requested 1.5 years of imprisonment for the journalist.

Hruzdzilovich was also sued for 56,000 rubles.

The journalist testified in court yesterday on each count: where he was and what he did on the dates specified in the charge. Aleh related that on 16 August 2020, he was accredited by the Belarusian Foreign Ministry as RFE/RL Belarus correspondent and wore a Press vest. On 11 and 18 October, he worked as a freelance journalist of Narodnaya Volya, since in August that year, his accreditation, as well as accreditation of other RFE/RL journalists, was cancelled by the Ministry of Foreign Affairs.

Iosif Syaredzich, the editor-in-chief of Narodnaya Volya, testified at the trial yesterday. He told the court that Aleh was carrying out an editorial assignment to cover the events.

Aleh Hruzdzilovich is one of the most famous Belarusian journalists, with some 40 years of experience.