Bastunets was questioned as a witness on the morning of March 16, again. After that some of the seized items were returned.  "They returned only some of the documents — those that were in the safe box, including employment records, and statutory documents," -- Bastunets said. 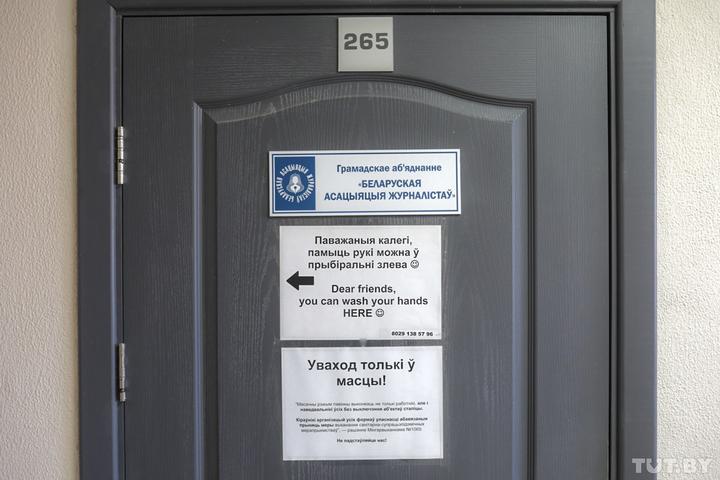 On March 15 a hold on the BAJ bank account was removed. "We do not know whether it was the investigative committee who had put a hold on our account. The situation is completely unclear, no one explained to us why the account had been on hold, " Bastunets said.

Meanwhile, the deputy chairman of BAJ, Barys Haretski, was summoned for questioning at the Central Office of the Investigative Committee. He will be interrogated as a witness in the same criminal case on March 24.
On February 16, dozens of offices and homes of human rights defenders, trade union activists and independent journalists were searched across the country. As the Investigative Committee later reported, the searches were carried out as part of the investigation of the case under article 342 of the Criminal Code (organization and preparation of actions that grossly violate public order, or active participation in them).

The searches took place in the offices of BAJ, at the homes of Andrei Bastunets, BAJ deputy chairs Barys Haretski and Aleh Aheyeu, and lawyer Krystsina Rychter, in the office of the human rights center Viasna and at the homes of its chairman Ales Bialiatski, Viasna's campaign manager Andrei Paluda, leaders and activists of the independent trade union REP, and other human rights defenders in many cities.

BAJ's office was sealed, and the organization's account was put on hold.

After the search, BAJ immediately requested a return of the equipment, documents and seal and unblocking the office. On March 10, Andrei Bastunets was questioned by the Investigative Committee as a witness in the case under Article 342 of the Criminal Code. On March 12, the Investigative Committee unblocked the BAJ office, but did not return the equipment and documents.