This is stated in the response of the Central Office of the Investigative Committee to The Committee to Protect Journalists (CPJ).

"This collaboration is carried out in full compliance with the recommendations of the OSCE Representative on Freedom of the Media and is based on the national traditions of protection of the rights of journalists", - states the letter signed by investigator for particularly important cases Ilyushchenia. 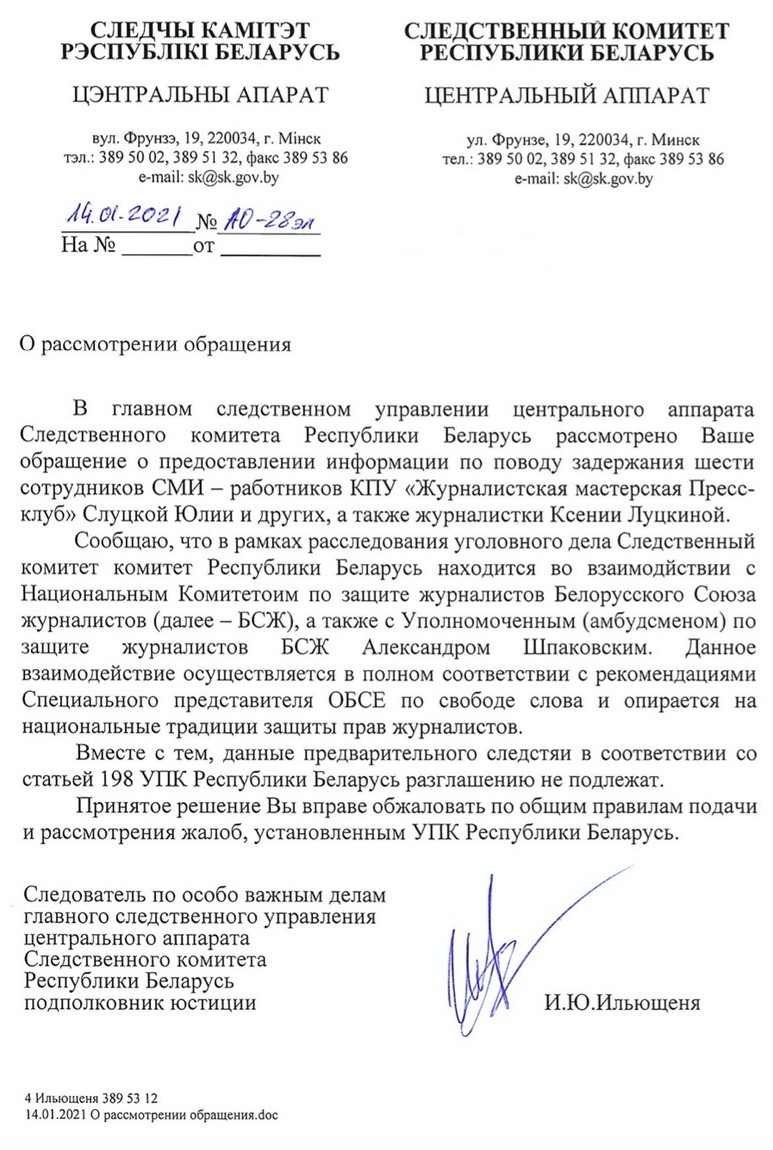 In recent months, BUJ did not only do nothing to stop mass repressions against journalists and media, but also laid the blame for "organizing and inciting mass disorders" also on the media.

"Unfortunately, much of the blame for organizing and provoking unrest lies with the media (local and foreign), who deliberately ignore the principles and standards of the profession, professional ethics and responsibility for the future of sovereign Belarus.

It is deeply regrettable that a number of the so-called "new media" are openly directing the riots, acting at least as their agitators, and at most as their instigators and perpetrators", - said BUJ in its statement.

It is unclear why the Investigative Committee is working with BUJ on the case of Belarus Press Club representatives arrested on December 22, while none of those in jail are BUJ members. However, among those arrested there are members of the Belarusian Association of Journalists, but the Investigation Committee sees no point in cooperating with BAJ.

On January 14, BAJ and other human rights organizations of Belarus made a joint statement recognizing the arrested Press Club representatives political prisoners and demanding their immediate release.