Investigative Committee: BAJ appeal concerning detention of 47 journalists is “abstract”. Case will not be examined

On August 28, after many journalists were detainedin Minsk and Brest, the Belarusian Association of Journalists addressed the Chairman of the Investigative Committee with a statement asking for initiation of a criminal case on the obstruction of the legitimate professional activity of journalists. 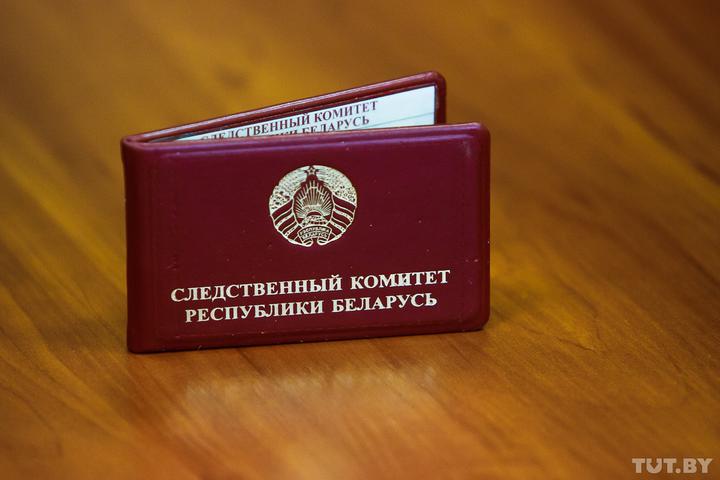 The document described the circumstances of detention in detail on 4 pages, and provided justification for the need to initiate criminal proceedings under article 198 of the Criminal Code.

On September 10, the Head of the Department for dealing with appeals of citizens of the Central Office of the Investigative Committe responded to the BAJ' statement.

— We would like to inform you that the information provided in the statement is essentially abstract, therefore, there are no grounds for the Investigative Committee to examine it or make a decision in accordance with the procedure established by the Code of Criminal Procedure of the Republic of Belarus, — the letter reads.

On August 27, 47 journalists were detained by law-enforcement officers in Minsk on Liberty Square, Independence Square, and Independence Avenue, as well as in Brest.

The police officers arbitrarily destroyed the original footage, which was the intellectual property of journalists and mass media. They also threatened the journalists that they would damage or destroy their professional equipment. 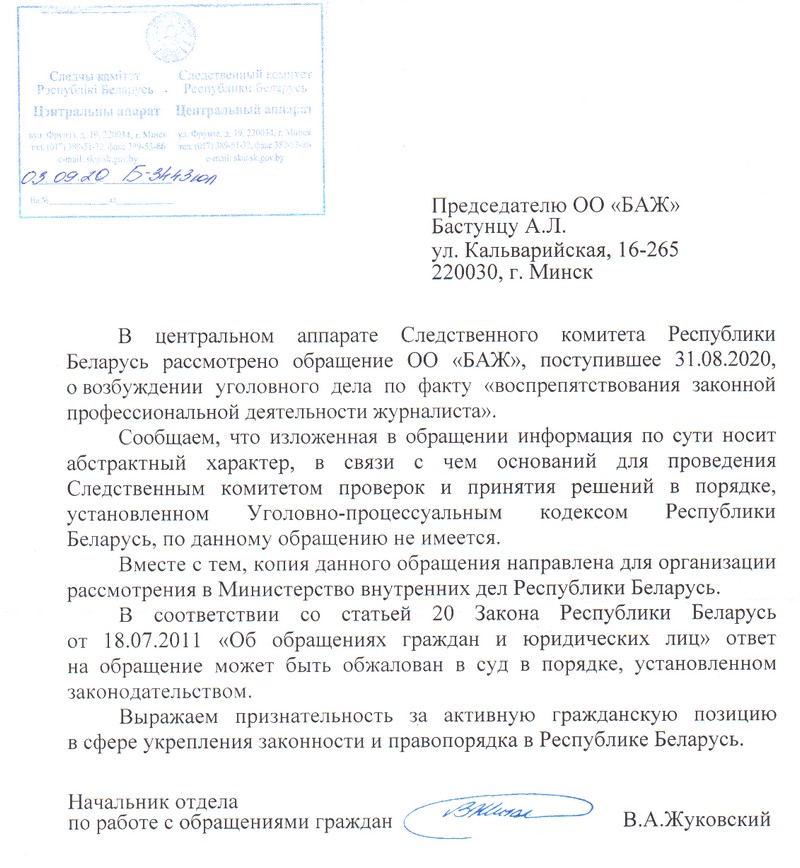