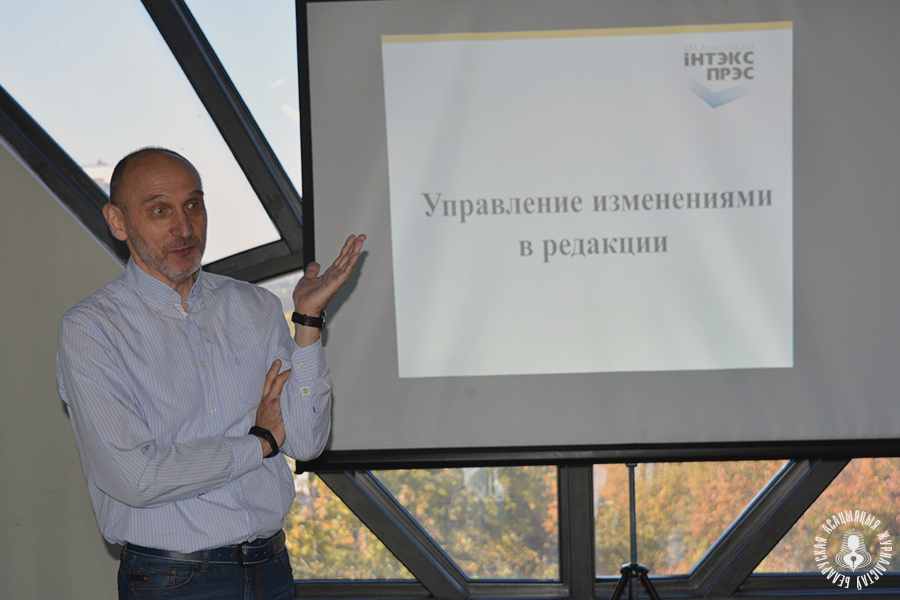 Uladzimir Yanukevich, the editor-in-chief of Intex-Press, Baranavichy independent newspaper, was questioned by police for 4.5 hours on April 21. The police drew up two administrative protocols and are checking into the possibility of a a criminal case. The reason was an interview with the former candidate for presidency Sviatlana Tsikhanouskaya. The journalist who interviewed her has also been summoned for questioning.

Yanukevich got the summons on April 19. In didn't say what case it was about.

At the city police department, he learned that it was about the interview with Tsikhanouskaya, published by the newspaper on April 14 and posted on its website. In this regard, the police вкуц гз two administrative protocols for violation of the legislation on mass media under Art. 23.5 Part 4 and Part 5 of the Administrative Code — one against the “Intex - press” Publishing House (Yanukevich is its CEO) and another against Yanukevich as the owner of intex-press.by website.

Moreover, Yanukevich learned that the police were examining the possibility of opening criminal proceedings under Art. 361 of the Criminal Code (“Calls to actions aimed at causing harm to national security of the Republic of Belarus”).

The author of the article Ludmila Stsiatsko is to be questioned by the police on 23 April as a witness. Her summons that the police passed through her chief editor does not indicate the case that she is going to be questioned on.  The police refused to provide that information, either.

On April 15, Yanukevich already received a warning for the same interview with Tsikhanouskaya from Baranavichy Interdistrict Prosecutor's Office.

“We are always go by the interests of our readers and their right to receive information. This interview was no exception. We don't understand what words of the interview exactly violated the law. The police could not explain it to me, either. It feels like it's not the content, but the very fact of this interview that caused got us in trouble. We believe this is pressure on the freedom of speech, Uladzimir Yanukevich told BAJ.

Part 4 of Article 23.5 of the Administrative Code: Dissemination by mass media of information, which is prohibited for dissemination in mass media in accordance with legislative acts (...) provides for punishment of a legal entity with a fine of up to 200 basic values.

Part 5 of Article 23.5 of the Administrative Code: Dissemination by the owner of an Internet resource not registered as online media of information, prohibited for dissemination on Internet resources in accordance with legislative acts (...) provides for a fine of up to 20 basic values for the owner, and up to 100 basic values for the legal entity.