The information ministry has reproached a state newspaper for publishing a controversial cartoon likening Catholic priests to Nazis earlier this month. 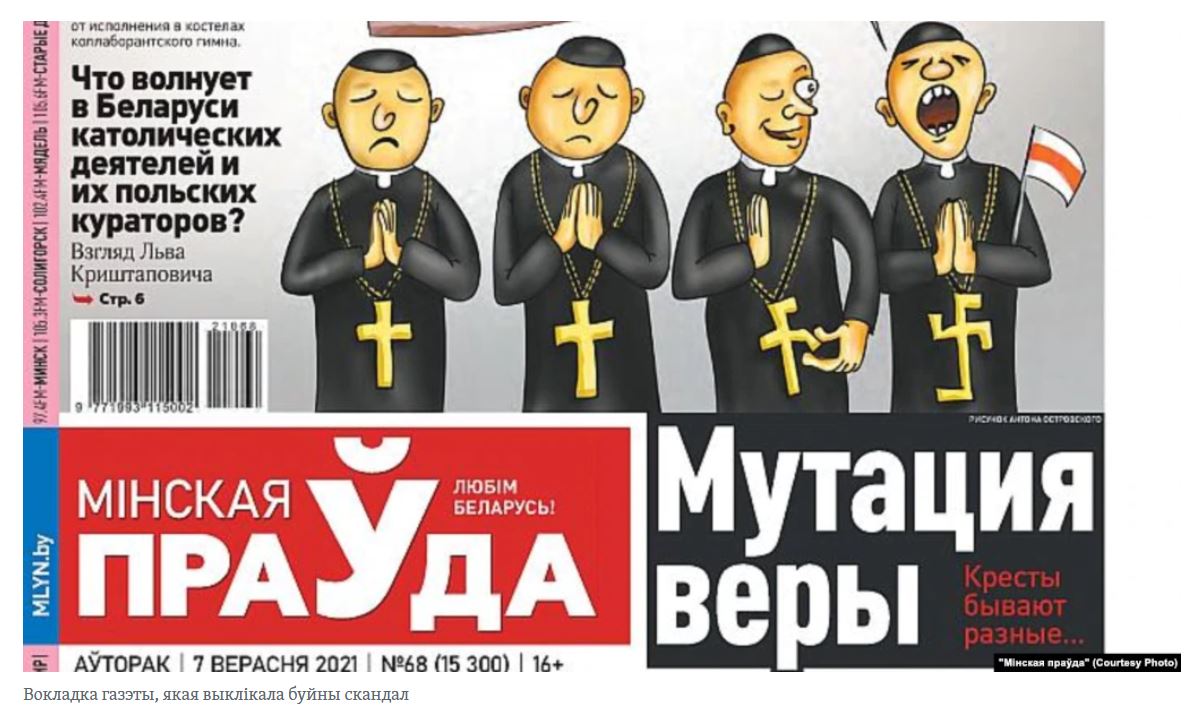 In reply to an online petition, the ministry says that it has ordered the Minskaja Praŭda newspaper to ensure that no similar content is published in the future.

The ministry notes that it has reviewed the cartoon together with the office of the government’s commissioner on religious and ethnic affairs, concluding that such content “does not contribute to the maintenance of inter-faith peace and concord in our country.”

Published in the September 7 edition of Minskaja Praŭda, the newspaper controlled by the Minsk Regional Executive Committee, the cartoon shows Catholic priests wearing swastikas instead of pectoral crosses. One of the priests is also pictured holding a white-red-white flag.

In a Facebook post, Juryj Sańko, spokesperson for the Catholic Church in Belarus, said that the newspaper “slaps millions of Catholics living in Belarus in the face.”

Msgr. Sańko wrote that the cartoon insulted the Christian cross and therefore all Christians, and promoted Nazi symbols in violation of Belarus’ laws.

The public display of Nazi symbols is penalized under Belarus’ Civil Offenses Code. Belarus’ Criminal Code has an article that envisages penalties for incitement to religious hatred.