On 30 August, a well-known public figure and journalist Pavel Mazheika was arrested in Hrodna. He is in custody in the local pre-trial detention center. 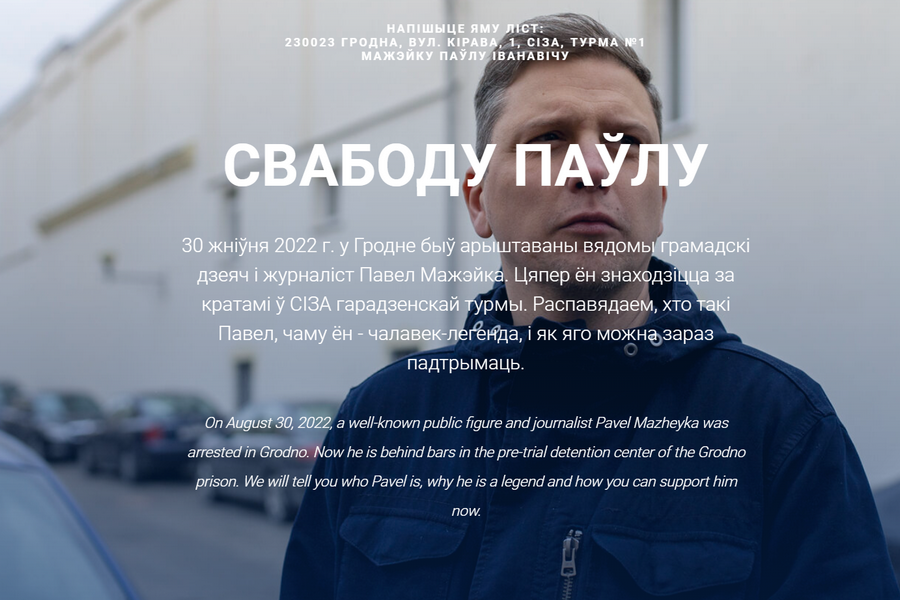 The new website FreePavelMazheyka tells Pavel’s story and explains how you can support him.

Pavel Mazheika is a cultural manager, the founder of the iconic Urban Life Center in Hrodna and organized a strong community, a well-known journalist, and the coordinator of the City Library publishing initiative that issued books about Hrodna and by Hrodna-based authors.

For many years, he has been working to preserve the city sights and create new ones, making Hrodna a city to be proud of and inspired by. He supported many public initiatives and was convicted that by creating our Belarusian culture, we can build the country we dream of.

Pavel is one of the first political prisoners of Belarus: in 2002, he was sentenced to two years of freedom restriction for “slandering” the president in an article published in Pahonia, one of the first independent newspapers. Literary examination of the text repeatedly proved no defamation in the Pahonia publications, but these findings were dismissed. His term was later commuted by one year. Meanwhile, Pahonia was closed.