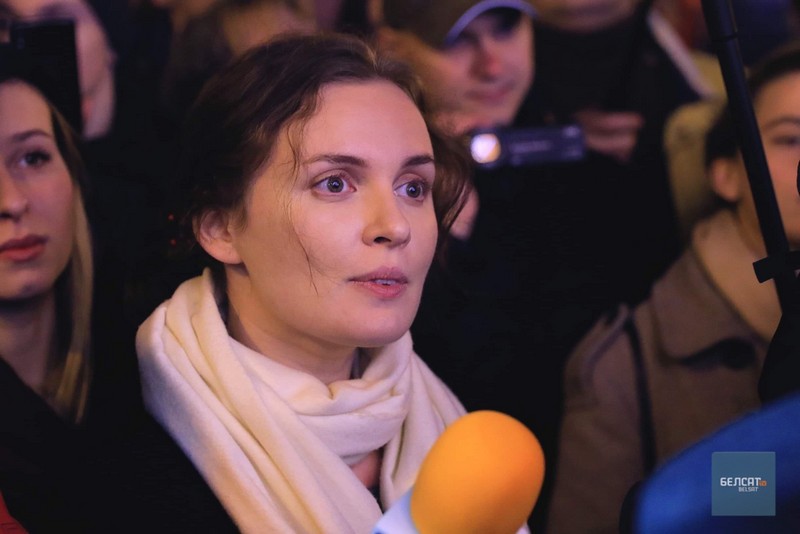 New York, July 5, 2022 – Belarus authorities should immediately and unconditionally release journalist Katsiaryna Andreyeva and stop prosecuting members of the press over their work, the Committee to Protect Journalists said Tuesday.

On July 4, Andreyeva’s trial on treason charges started behind closed doors in the southeastern city of Homel, according to a Facebook post by her husband, Ihar Ilyash, and report by the Poland-based independent broadcaster Belsat TV, where she works as a correspondent.

“Trying an already-jailed journalist on trumped-up retaliatory charges only shows the vindictive nature of the Belarusian government under President Aleksandr Lukashenko. It’s clear that nothing will stop authorities from trying to silence those who covered the 2020 protests demanding Lukashenko’s resignation,” said Gulnoza Said, CPJ’s Europe and Central Asia program coordinator. “Authorities must immediately stop this sham trial and release Katsiaryna Andreyeva and all other imprisoned journalists.”

Andreyeva was detained alongside camera operator Daria Chultsova in November 2020 while livestreaming protests against Lukashenko’s continued rule. She was already serving a two-year prison sentence when authorities brought new charges against her in April, as CPJ documented at the time.

“She is facing from seven to 15 years in jail only for being a journalist,” Ilyash wrote in his Facebook post, adding that it was not clear how long the trial would last, and that he was not able to see Andreyeva during the proceedings.

Belarus was the fifth worst jailer of journalists in the world, with at least 19 journalists behind bars on December 1, 2021, when CPJ conducted its most recent prison census.