Joint statement by human rights and other civil society organizations. 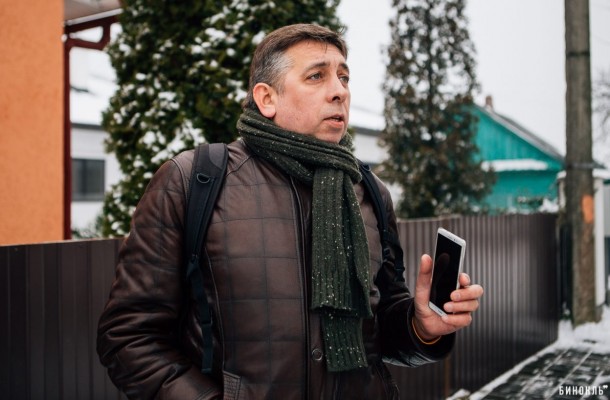 On April 9, the court of the Lieninski district of Brest will open the trial in the criminal case against a famous Brest blogger Siarhei Piatrukhin.

The charges under Part 2 of Art. 188 (slander) and Part 2 of Art. 189 (insult) of the Criminal Code were brought on April 1 by the Brest interdistrict department of the Investigative Committee.

They are linked to a series of videos filmed in March and April 2018 and uploaded to the video hosting service YouTube. The videos allege the involvement of a number of employees of the Lieninski district police department of Brest in the beating of Pavel Kaminski in the premises of the police station in 2016.

It should be noted that the victim filed a statement in the Investigative Committee, asking to prosecute the police officers identified in the videos filmed by Piatrukhin. Despite the fact that a medical examination documented the injuries suffered by Kaminski and admitted that they could have been caused by the circumstances stated by the victim, the Investigative Committee ruled not to institute criminal proceedings. During the period from 2016 to 2019, various bodies issued eight decisions to refuse to initiate criminal proceedings, seven of which were reversed by higher authorities of the Investigative Committee and the Prosecutor’s Office, citing improper investigation procedures. At the moment, another complaint against earlier rulings to refuse to initiate criminal proceedings against the police officers is pending before the prosecutor of Brest and the Prosecutor General’s Office.

Given that the procedure of investigating Kaminski’s statement is not yet completed, the criminal prosecution of Siarhei Piatrukhin is illegal and groundless. We also believe that his prosecution is politically motivated and connected exclusively with the exercise of freedom of expression and the right to gather and disseminate information, which are guaranteed by both the Constitution and international standards.

Decriminalization of defamation offenses is a standard formulated and justified in the decisions of international organizations. International bodies, the UN and the OSCE, recommended the repeal of laws that criminalize defamation, or at least not to deprive of freedom for committing defamation offenses, taking civil-law proceedings as a standard. Representatives of the UN, OSCE and OAS on issues of freedom of speech stated that “criminal defamation is not a justifiable restriction on freedom of expression; all criminal defamation laws should be abolished and replaced, where necessary, with appropriate civil defamation laws.”

Blogger Siarhei Piatrukhin is a constant participant in the protests against the construction of an environmentally harmful battery factory in Brest. He was repeatedly arrested by the police for joining the protests.  Piatrukhin is also known thanks to the numerous videos that criticize the activities of local authorities, including law-enforcement bodies.

The recent prosecutions of bloggers Siarhei Piatrukhin, Aliaksandr Kabanau, and Andrei Pavuk are a matter of serious concern, as they may indicate a strengthening of control in the sphere of Internet on the eve of elections to be held later this year.

In this regard, we, representatives of human rights organizations in Belarus, call:

Office for the Rights of People with Disabilities

Committee of the Repressed "Solidarity"