Statement on the criminal prosecution of Ales Lipai, director of the BelaPAN news agency, and pressure on journalists in Belarus 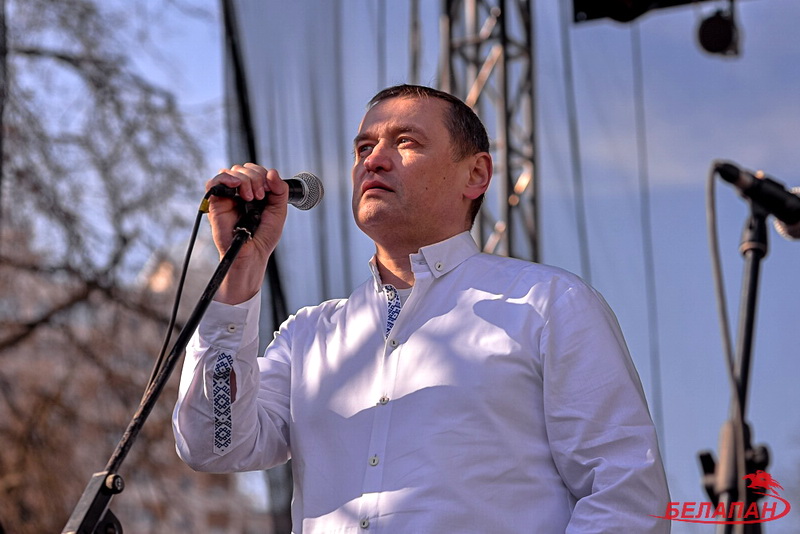 One month has passed since the authorities opened a criminal case against head of the country’s leading independent news agency BelaPAN Ales Lipai. The case was initiated by the Minsk Office of the Financial Investigations Department of the State Control Committee on charges of “deliberate evasion of payment of income tax on a large scale for 2016-2017” (part 2, Article 243 of the Criminal Code).

The circumstances of the case suggest its political bias, which puts it on a par with the conviction of Ales Bialiatski, head of the Human Rights Center "Viasna", under the same charges in 2011, and the ongoing prosecution of the leaders of the independent Trade Union of Radio Electronic Industry Workers Henadz Fiadynich and Ihar Komlik, whose case will be soon heard by a court.

The criminal case against Ales Lipai was initiated on June 12. Meanwhile, a week before that, on June 5, Lipai submitted his income tax declaration for 2016-2017. The same day, the Ministry of Taxes and Levies’ Office in the Partyzanski district of Minsk imposed on him an administrative penalty for late submission of the declaration and re-calculated the amount of taxes and fines, which were paid by Lipai in full on June 12.

Thus, by the time the criminal case was opened, Ales Lipai had both declared his income and fully paid the taxes and penalties imposed by the tax authorities. Despite this, the case was opened, and two days later Lipai’s apartment was searched and his property was seized. On June 26, he was prohibited to leave Belarus before trial.

We believe that these developments are linked to the general trend of increasing pressure on the independent media and Internet resources in Belarus (including amendments to the law on mass media).

One of the levers of pressure on the independent media is economic discrimination against them. It is manifested, in particular, by an effective prohibition of foreign investments in the media, on the one hand, and by the annual government funding of public media in the amount of EUR 50 mln., on the other. In addition, state-run media enjoy other non-competitive benefits (compulsory subscription to newspapers, inclusion of TV channels in the binding packages, advertising preferences, etc.). The measures of financial pressure on independent journalism include heavy fines awarded to freelance journalists for collaborating with foreign media without accreditation (under Part 2 of Art. 22.9 of the Code of Administrative Offenses, which punishes violations of the order of production and (or) distribution of media products and has been arbitrarily treated by police and courts). Journalists are not fined for the content of their publications, but for the fact of their appearance in the foreign media.

Last year saw a record number of court fines under this charge, with the total amount of 69 fines amounting to the equivalent of almost EUR 53,000 (this is more than in the previous three years combined). Moreover, this year the situation has only worsened, and the number of convictions under Part 2, Art. 22.9 has already reached 60, with the amount of fines totaling to the equivalent of EUR 50,000. All this happens in a situation where the issue of the persecution of freelance journalists working with the foreign media has been for several years discussed in the framework of the EU-Belarus Human Rights Dialogue.

We also view the case of Ales Lipai as an attempt by government agencies to use financial legislation in order to hinder the work of independent media.

In connection with the above, we:

- believe that the prosecution of the head of the BelaPAN news agency Ales Lipai to be related to his professional activities, which is an attempt to interfere with the work of BelaPAN, one of the most authoritative independent sources of reliable and timely information about Belarus;

- call to discontinue the criminal proceedings against Ales Lipai;

- call to comply with the provisions of article 19 of the International Covenant on Civil and Political Rights in establishing restrictions on the freedom of expression and to cease harassment of freelance journalists for carrying out their professional activities which do not infringe on this freedom.

Assembly of Pro-Democratic NGOs of Belarus