In a joint address to the authorities on December 9, Belarusian human rights defenders call on the government to close down politically motivated cases, among them the case of the observer Aliaksandr Alesin, and to stop persecution of journalists of Belsat TV and Radio Racyja. 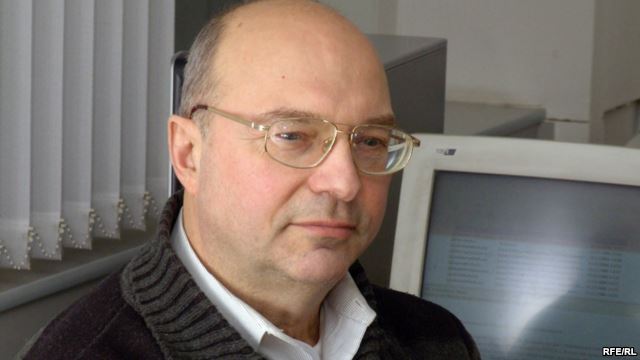 Aliaksandr Alesin, journalist of Belorusy I Rynok, military affairs analyst, was detained on November 25, 2014. Information about the detention and the place of detention became known to the public only at the beginning of December.

On December 8, his relatives announced that he had been accused of treason (article 356 of the Criminal Code) and cooperation with special services or investigative bodies of another state (article 356.1). It was also reported that he was not the main suspect, the main person under consideration was a foreign diplomat. On December 10, the journalist was released under recognizance not to leave the country. He said that the charges of treason had been dropped; he has been charged only with cooperation with foreign special services.

We, representatives of the human rights organizations in Belarus, guided by an interest in the development of the Belarus-EU relations and the promotion and protection of human rights in the country,

call on the government to enforce in the near future the following measures of restorative nature, which do not require legislative changes:

In order to improve the situation of human rights, it is necessary to enforce the following measures at the legislative level:

- repeal Article 193.1 of the Criminal Code, as well as a ban on the activity on behalf of unregistered organizations;

- launch systematic work with a view to bringing the legislation of Belarus in the sphere of human rights in line with international standards.

We consider it important to establish a dialogue in this area between the government and the country’s human rights organizations, and to develop a National Plan of Human Rights and Civil Society, in close cooperation between the state and the civil society of Belarus.

Andrei Bastunets, chairman of the Belarusian Association of Journalists

Alena Tankachova, chair of the Board of the Center for Legal Transformation

Inna Kulei, chair of the Committee of Assistance to the Repressed “Salidarnasts”

After Hasty Detention and Release, Journalist Still Goes to Questionings