Volha Siakhovich, a representative of the Belarusian Association of Journalists,  delivered speech during the UN Security Council Arria meeting.

Since the beginning of the 2020 presidential election campaign, the situation with freedom of speech in Belarus has deteriorated dramatically as the authorities launched a violent crackdown trying to discourage journalists and bloggers from reporting on election-related protests. Since May, the authorities have stepped up their efforts to curb media coverage of the protests in Belarus, with more journalists being arrested than ever before. 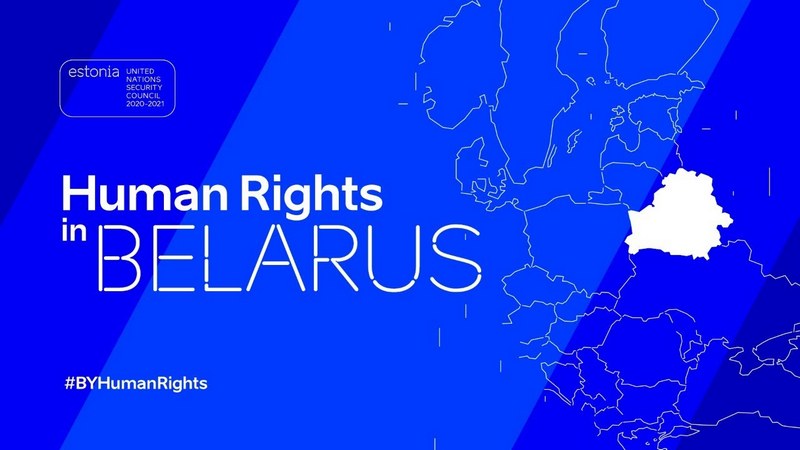 For three days after the election, which took place on 9 August, Internet access in Belarus was severely disrupted. At times, the blackout was total; at other times, specific Internet services, websites, social networks and messaging services were blocked. Access to a number of media websites was blocked as a result of targeted government action. One of the first to be blocked was the BAJ website, as was its hotline mobile number for journalists.

During three days of turbulent post-election protests, more than 70 Belarusian and foreign journalists were arrested and 54 were kept in detention. Journalists were also the targets of brutal treatment on the part of the riot police: 25 journalists were beaten up, three were wounded when police fired rubber bullets and stun grenades at the protesters, and many had equipment damaged or seized.

Totally, there have been more than 150 arrests of journalists since the election campaign began, and 39 of them have been physically assaulted. Some of them are being prosecuted, often for work without accreditation or for alleged participation in an illegal demonstration. In just one day, 27 August, the police arrested about 50 journalists, which all were labeled with the word ‘Press’.

Despite these difficult and dangerous conditions, independent journalists have continued to carry out their professional duties telling the society the truth on the government violent actions.

Then, the Ministry of Information ordered Internet service providers to block 75 news websites and websites of civil society organisations, including influential media outlets such as Belsat TV, the Belarusian service of Radio Liberty, and the independent news agency Belapan. Though the BAJ website did not appear on the blacklist, it has not been possible to access for 18 days.

In addition to online media outlets, the influential newspapers Komsomolskaya Pravda (its Belarus edition), Narodnaya Volya, Belgazeta and Svobodnye Novosti have been targeted. The state printing house refused to print them, claiming technical problems. When two of the newspapers printed their issues abroad, the state post service has made impossible their disseminating despite being contracts.

The Belarusian authorities took a number of specific actions to prevent foreign journalists from covering the events in Belarus.

Before the election, at least 30 journalists for various foreign media outlets have applied to the Belarus' Ministry of Foreign Affairs for temporary accreditation to work in the country, but received no response within a statutory period. As a result, they could not to work legally, because the Belarusian Law on Mass Media prohibits foreign journalists` activities without the accreditation.

In recent days, the Belarusian Interdepartmental Commission on Security in the Information Sphere has proceeded to a massive cancellation of press accreditations issued to journalists working for foreign media, such as AP, BBC, Reuters and others. There were 17 journalists deprived of the accreditation.

With such gross violations of freedom of expression, and the rights of journalists particularly, the Belarusian authorities are denying citizens’ right to information.

Freedom of expression forms the basis for the full enjoyment of a wide range of other human rights, in particular the right to freedom of assembly and association, and the exercise of the right to vote, which are essential for peaceful resolution of political crises.

We call on Security Council members and all UN member states to insist on respecting by Belarus the right to freedom of expression and to support the Belarusian people and Belarusian civil society in their actions aimed at the protection of human rights and fundamental freedoms for all without distinction as to political views.