Alyaksei Shota had his laptop, phone, three old hard drives, and a WRW umbrella taken away. 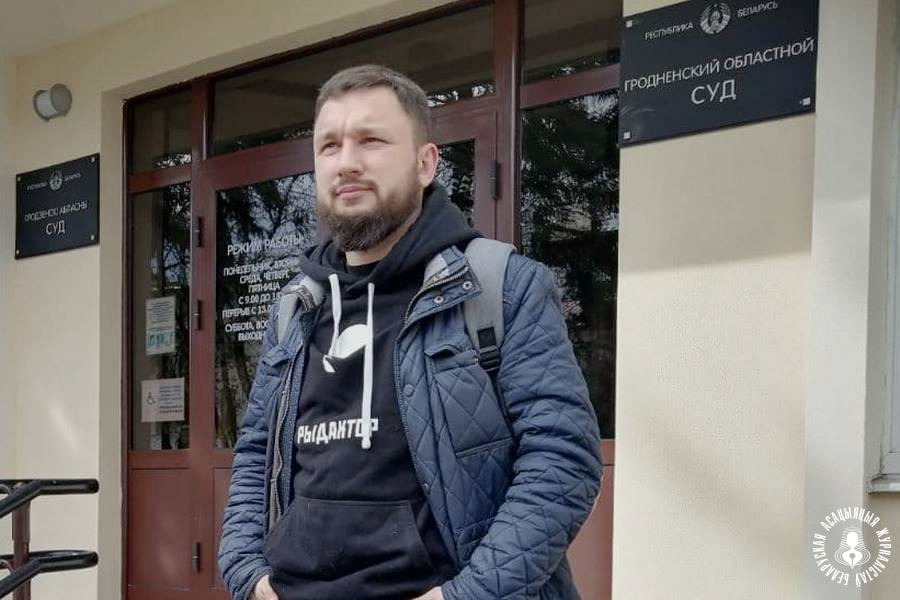 “I am in a fighting mood, despite the fact that the police have already taken away my shoelaces. But at a certain point, plans apparently changed and I was released,” Alyaksei Shota told Belsat.

A new administrative case was brought against Shota for the “distribution of extremist materials.” He faces a fine of up to 500 basic units.

“I explain such super attention to Hrodna.life by the fact that we continue to work despite the attacks and huge fines. We have the recognition of readers, advertisers, as well as the relevant authorities who put pressure on us. And who else of the media can put pressure on Hrodna to demonstrate they are needed,” he says.

For some time the editor-in-chief was kept in Leninski District Police Department of Hrodna. A bus was parked under the journalist’s house.

On 19 March Alyaksei Shota was fined 425 basic units for “distribution of extremist information.”

The reason for the hearing was three materials on the website. One of them, for example, said that Stsyapan Putsila’s Telegram channel was recognized as extremist in nature in Belarus. This was considered the dissemination of extremist information.