On June 10, journalist Zmitser Mitskevich and cameraman Syarhei Kavaliou who were livestreaming a picket in support of incumbent president Alyaksandr Lukashenka were detained in the Belarusian city of Hrodna. 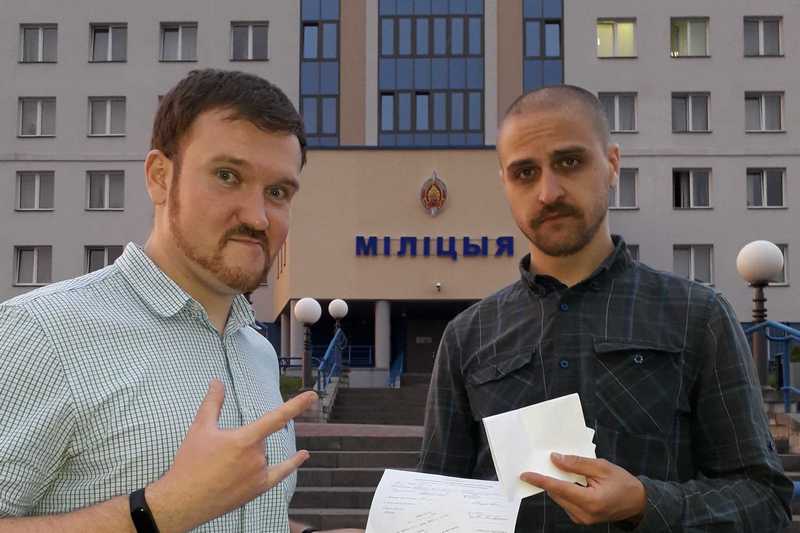 “The stream was over, and we were going back to the car. We saw a group of strong people following us. As soon as we turned round the corner, they immediately jumped up and shouted that they were from Leninski district police department. There were eight of them,” said journalist Pavel Mazheyka who witnessed the detention.

The plainclothed policemen rounded up the two Belsat contributors, forcibly put them in a van and drove in an unknown direction.

The crew had to spend about three three hours in the police station. A protocol was drawn upon them under Art. 22.9 of the Code of Administrative Offences (illegal production and distribution of media products). The policemen seized all their equopment, including a camera and mobile phones.

“They were waiting for our leave so that they could detain behind the scenes, not in the heart of the city. They never do it in public. They attacked us in a thuggish way. If we were ordinary people unfamiliar with the situation in Belarus, we could start pushing back against them. But we were fully aware of the role being played by our brave police,” Zmitser Mitskevich told Belsat about the details of the detention after the release.

The hearing of the administrative case is scheduled for June 18. It is to begin at 14.10 in Leninski district court of Hrodna.