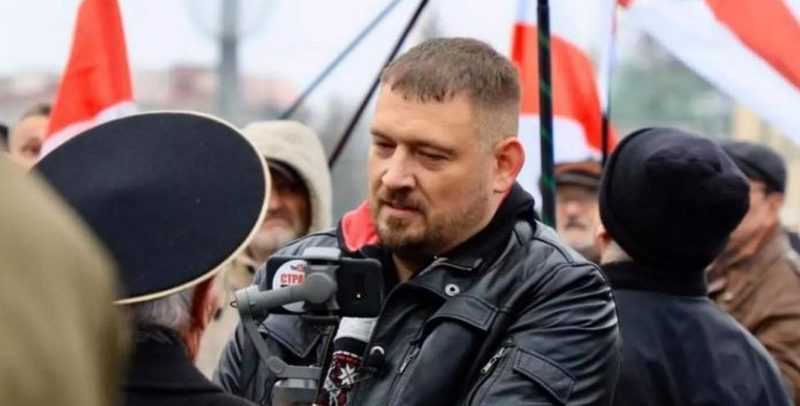 On May 29, during a picket held in Hrodna to collect signatures in support of the presidential nomination of Sviatlana Tsikhanouskaya, police detained the head of her nomination group, blogger known for a popular YouTube channel “Country for Living” Siarhei Tsikhanouski and at least 15 other people who took part in the picket.

On June 9, seven participants, Siarhei Tsikhanouski, Dzmitry Furmanau, Viarhili Ushak, Aliaksandr Aranovich, Vasil Babrouski, Artsiom Sakau, and Uladzimir Navumik, were charged with organizing group actions that grossly violated public order and disrespected the lawful demands of the authorities, and with active participation in such actions (Part 1 of Article 342 of the Criminal Code). Two of the detainees are also being prosecuted for violence against police officers.

We note that the procedure for collecting signatures by members of nomination groups is established by Article 61 of the Electoral Code: “Collection of voters’ signatures can be carried out in the form of picketing. Obtaining a permit to hold a picket for these purposes is not required if it is held in places not prohibited by local executive and administrative bodies.” The concept of picketing is not contained in the electoral law, so it is defined in accordance with the Law “On Mass Events in Belarus”: picketing is public expression by a citizen or a group of citizens of their socio-political, collective or personal and other interests or protest (without a procession), including by hunger strike, on any issues with or without the use of posters, banners and other means. The same applies to the joint mass presence of citizens in a predetermined public place (including in the open air) at a certain time to perform a predetermined action organized (including online or through other information networks) for the public expression of their socio-political interests or protest.

The electoral legislation does not contain any restrictions on the number of participants, topics or forms of expression. Article 61 of the Electoral Code and the CEC Resolution No. 14 “On clarification of the application of the provisions of the Electoral Code of the Republic of Belarus on the procedure for the nomination of candidates for President of the Republic of Belarus in the 2020 presidential election” set additional requirements and restrictions on pickets held to collect signatures. The picketers have the right to display information materials with biographical data of persons in support of whom signatures are collected; these information materials, as well as other printed materials, however, should not be given to voters. In addition, during the COVID-19 pandemic, members of nomination groups should follow the recommendations of the Ministry of Health on the prevention of the coronavirus infection (use face masks, hand sanitizers, etc.).

Any other restrictions on holding peaceful pickets are unacceptable both in terms of national law and in accordance with Belarus’s international obligations.

Thus, the picket organized by the nomination group of Sviatlana Tsikhanouskaya was peaceful, as it did not disturb public order, and met both the requirements of national law and the standards of peaceful assemblies.

The exercise of these rights is not subject to any restrictions other than those imposed by law and necessary in a democratic society in the interests of state or public security, public order, public health and morals, or the protection of the rights, freedoms and reputations of others.

There were no grounds for applying legal restrictions on these rights and freedoms to the picketers in Hrodna. The participants in the picket were detained after a clearly illegal interference of police officers in communication between voters and the head of the nomination group Siarhei Tsikhanouski.

The events that preceded the arrests, including statements by the incumbent President Lukashenka targeting Tsikhanouski, an attempt to disrupt the picket by several women, illegal intervention and Tsikhanouski’s arrest by police, the apparently prearranged fall of a police officer and a subsequent reaction to the incident by government-controlled media, allow us to conclude that a provocation could have been committed against Siarhei Tsikhanouski and other members of Sviatlana Tsikhanouskaya’s nomination group.

The analysis of video footage of the events and testimonies by eyewitness allows us to conclude that there were no legal grounds to detain Tsikhanouski under the Code of Criminal Procedure, which testifies to the arbitrary and illegal detention of Siarhei Tsikhanouski, and therefore the charges of violence against police officers should be approached critically.

All the above facts allow us to conclude that the authorities have a political motive in persecuting members of Sviatlana Tsikhanouskaya’s nomination group, aimed at undermining their public activities, as well as creating obstacles to Tsikhanouskaya’s presidential nomination.

According to paragraph 3.1 of the Guidelines on the Definition of a Political Prisoner, which were approved by the Belarusian human rights community at the 3rd Human Rights Forum, imprisonment of a person in connection with their non-violent exercise of freedoms guaranteed by international human rights law is grounds for recognizing such a person as a political person. Such a person should, therefore, be immediately released.

This allows us to state that the criminal prosecution of Siarhei Tsikhanouski, Dzmitry Furmanau, Viarhili Ushak, Aliaksandr Aranovich, Vasil Babrouski, Artsiom Sakau, and Uladzimir Navumik is politically motivated, and the above persons are political prisoners.

In this regard, we, representatives of Belarusian human rights organizations, call on the Belarusian authorities to:

organize an unbiased and independent investigation into the actions of police officers and those picketers who violated the law and the rights of other citizens, providing them with all criminal procedural guarantees.

Office for the Rights of Persons with Disabilities

The statement is not intended to support the political position of the above persons or any of the presidential nominees.