Alexander Huseu, district inspector of Homel Central police department, informed freelance journalist Maria Bulavinskaya about the report he had made on her under Article 22.9 of the Administrative Code for production of a documentary "Homeless city" without accreditation. 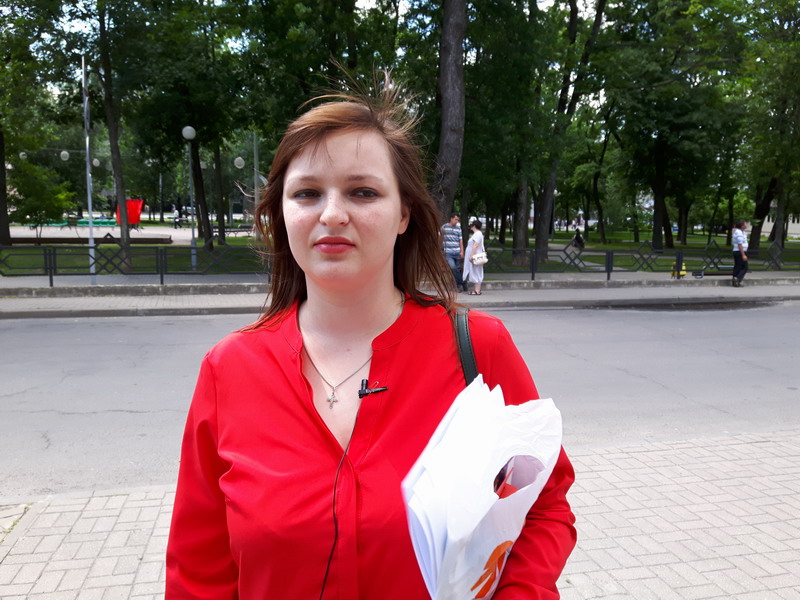 The documentary was aired by Belsat TV channel that broadcasts from the territory of Poland. The Belsat website indicates Bulavinskaya as the film director.

"I refused to meet with the district inspector just on the basis of a text messages, moreover, that he had my name misspelled.  On the phone, I referred to Article 27 of the Constitution that guarantees citizens the right not to testify against themselves or close family members," -- Maria told BAJ monitoring service.

She adds, the police has never prosecuted anyone for making a documentary on demolition of wooden buildings in the city. The movie features Andrei Skidan, artist, conservation professional and carpenter, who works to save carved decoration of the wooden houses in the historic part of the city that are to be pulled down. The developers were to demolish the house that is said to be the last home to Iryna Paskevich, Princess and patroness of art. Homel activists put a lot of effort into saving the house which is now disassembled and waiting for renovation at a new location in Homel downtown.

The police sent the administrative report of misconduct to Maria Bulavinskaya's home address.