The Ministry of Home Affairs replied to the petition of the Belarusian Association of Journalists, which called on the authorities to investigative the mass violations of journalists’ rights in March. The key point of the reply is that law enforcement officers did not violate any law, and BAJ “has to stop “covering up” and “justifying” the people who have nothing to do with mass media”. 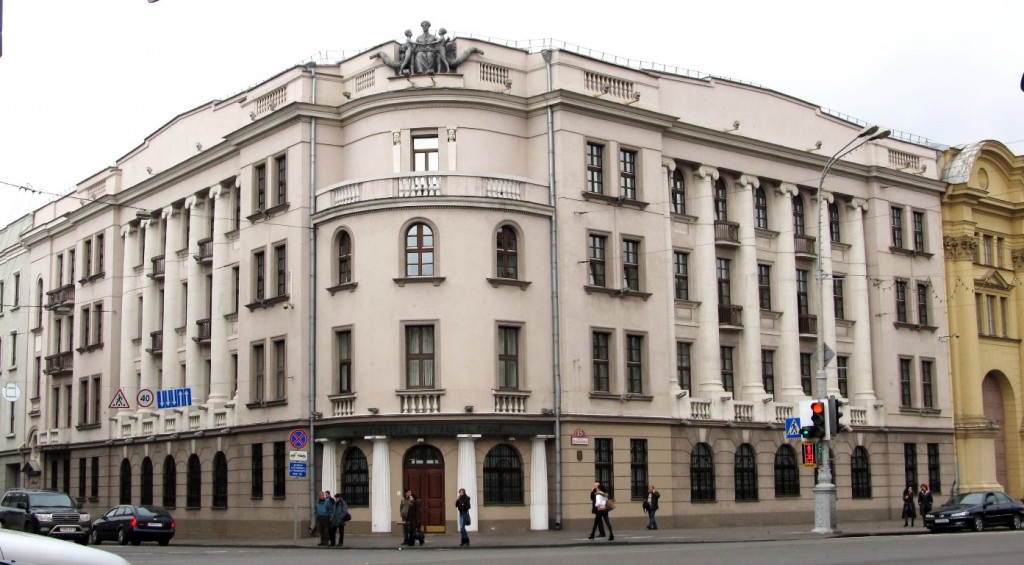 The Ministry of Home Affairs replied that it did not have any objective information on unlawful activities of its employees.

“Citizens’ belonging to a mass medium does not exempt them from legal responsibility stemming from violations of the procedures of holding mass events, this refers moreover to those persons who introduce themselves as journalists, but who really aren’t /journalists/.”

“Sharing the concern for public safety during mass events, the MHA calls on BAJ to organize explanatory work among journalists and exclude “covering up” and “justifying” actions of the persons who don’t have any relation to mass media”. 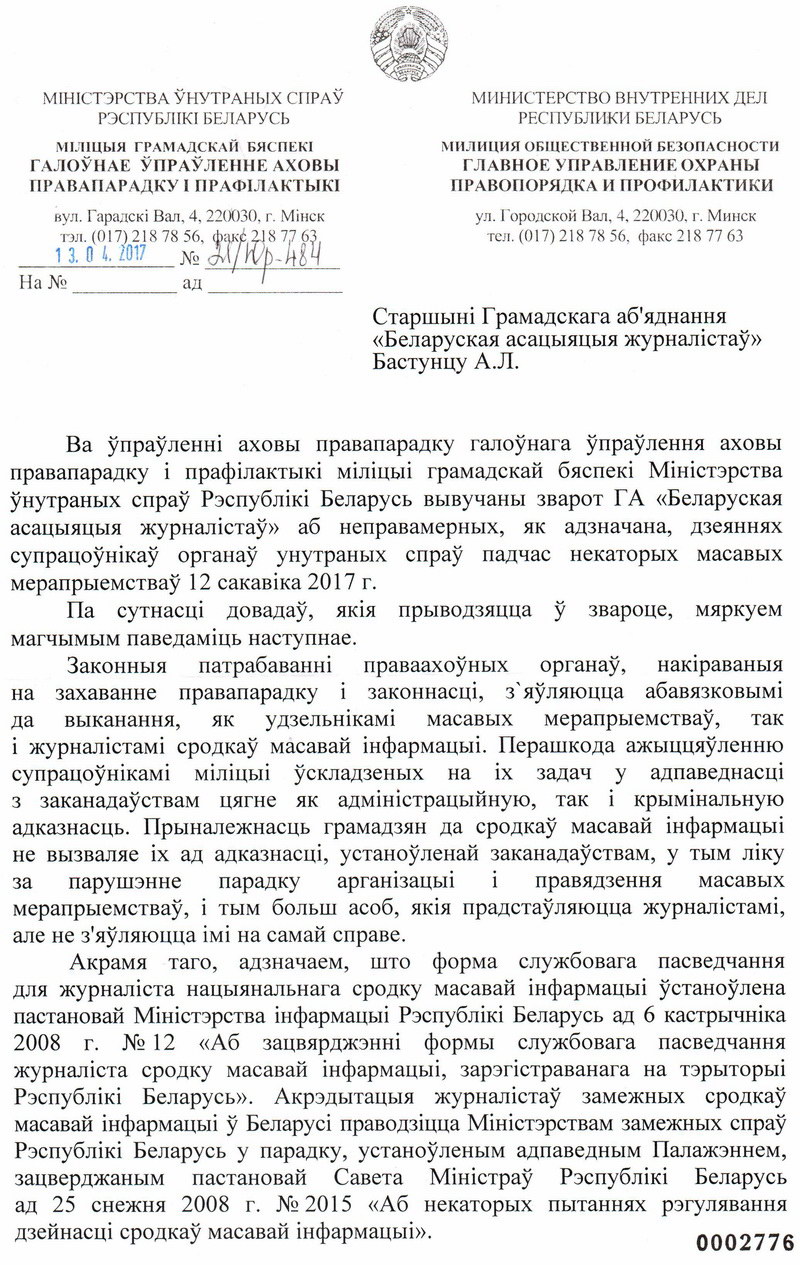 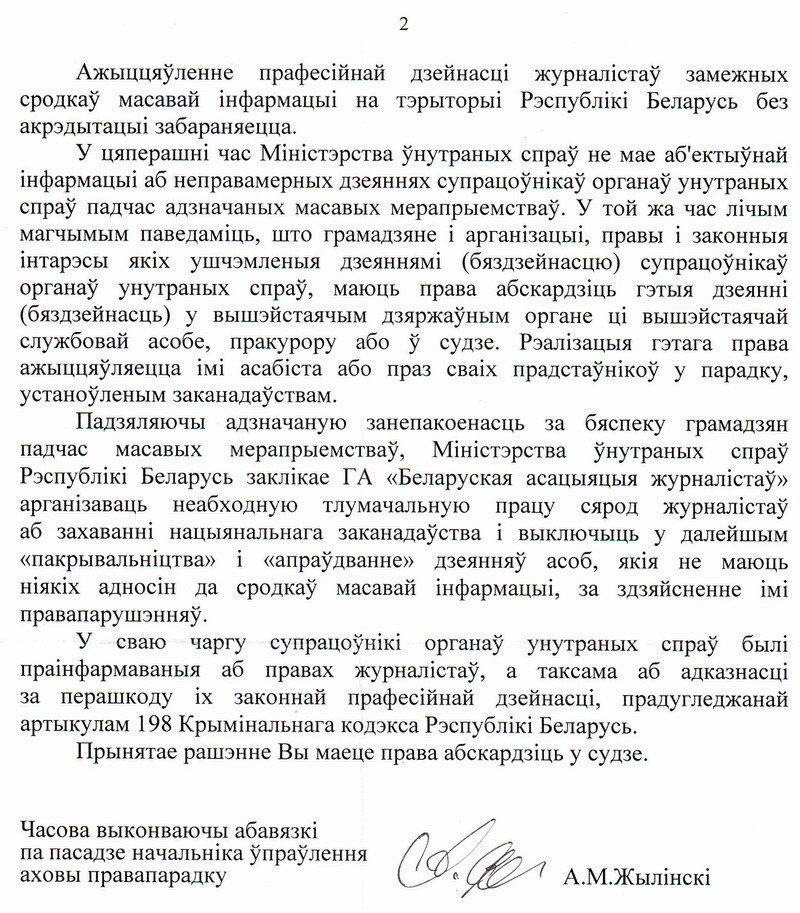 The reply was signed by the interim head of the department on securing public order A.M. Zhylinksi.

BAJ feels disappointed that the Ministry of Home Affairs did not bring to liability those who unlawfully detained journalists performing professional duties.

BAJ listed over 100 cases of interference into journalistic activities that, in BAJ view, were ungrounded.

“We sent our petition after events on March 12 when among many others, Halina Abakunchyk, Radio Svaboda correspondent, was detained. The same day Adarja Hushtyn, BelaPAN correspondent, faced with obstacles. So, the information of the MHA that no journalist of an accredited mass medium had suffered is not true,” says Andrei Bastunets, chair and lawyer of BAJ. “I underline that in Belarus websites are equaled with traditional mass media, so online journalists enjoy the same rights as journalists of traditional media. Our position is that journalists’ rights should be protected regardless of the fact whether they work for traditional mass media, a website, or a foreign mass medium.”