Hantsavitski Chas newspaper and its publisher's home searched by police

At 10:30 a.m. police came to the office of Hantsavitski Chas newspaper with a search warrant.

Among the police officers was chief of the Criminal Investigation of local police department Dzmitry Yurchyk. In about an hour the police left the office, taking the newspaper's chief editor Piotr Huzayeuski along.

The police don't seem to have seized anything from the office. The police mentioned in the beginning of the search that it had been ordered in Drahichyn. There, a new criminal case for "insulting the President of the Republic of Belarus" has been launched recently. The suspect in the case is Siarhei Hardziyevich, reporter of 1reg.by.

The police continued with the search of the home of Piotr Huzayeuski, publisher of both Hantsavitski Chas and 1reg.by. There they seized his computer.

"Before they started the search, I asked, what they were looking for? But the chieo of local Criminal Investigation department did not reply. The search warrant also did not say what they were specifically looking for. The search protocol says they haven't found anything in the office. They also haven't found anything in the apartment, except for my laptop that was taken away. But what are the grounds for that? What does my laptop have to do with Hardzievich allegedly posting something that someone saw as an insult to the president? I disagree with the search and seizure of my laptop, I think these actions are illegal," —  Huzayeuski said. 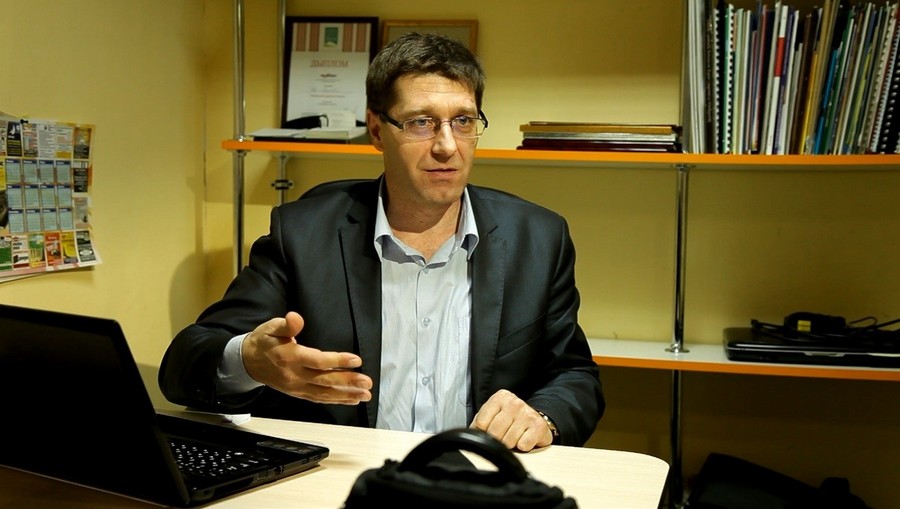 According to the decision of the investigator of Drahichyn police department Vilkouski and prosecutor's sanction signed by prosecutor Dziashko under case №20122080257 against Siarhei Hardzieyevich, the office of Hantsavitski Chas newspaper and later the apartment of its chief editor Piotr Huzayeuski were searched on 29 December 2020.

Last week it was reported that Drahichyn reporter of 1reg.by Siarhei Hardziyevich  was sent under house arrest (human rights defenders recognized him a political prisoner). On December 24,  editor of 1reg.by Pavel Daylid was suddenly summoned for questioning to Ivatsevichy police department, and someone used his smartphone that he had left in a locker at the police station. As a result, a group in Viber where Hardzievich had allegedly reposted an alleged insult was deleted from Daylid's account.

This summer, the Hantsavitski Chas reporters recorded a brutal crackdown on protesters by police. The police detained them for participation in the protest. Journalist Alexander Pazniak was fined and cameraman Siarhei Bahrou was sentenced to 15 days in jail.

Hantsavitski Chas newspaper is 19 years old. It is registered by the Ministry of Information and belongs to Media Hantsavichy company, just as 1reg.by.