19.01.2016 Source: Monitoring service of BAJ Story: Article 23.5 of the Code of Administrative Violations

The case was heard on January 14. The journalist was absent, so he received the court ruling by post on January 18. According to the letter, “on November 20, 2015, Kastus Zhukouski, while being in the yeard of house No8 in the Street of 60 years of BSSR in the town of Kalinkavichy, without being accredited as a journalist of a foreign mass medium in the Republic of Belarus, interviewed citizens, as a result he produced mass media products, namely the video report “Pahonia as a sambal of a person’s independence” which was broadcast on November 24, 2015 on the satellite TV of the Republic of Poland Belsat in the program Abjektyu. 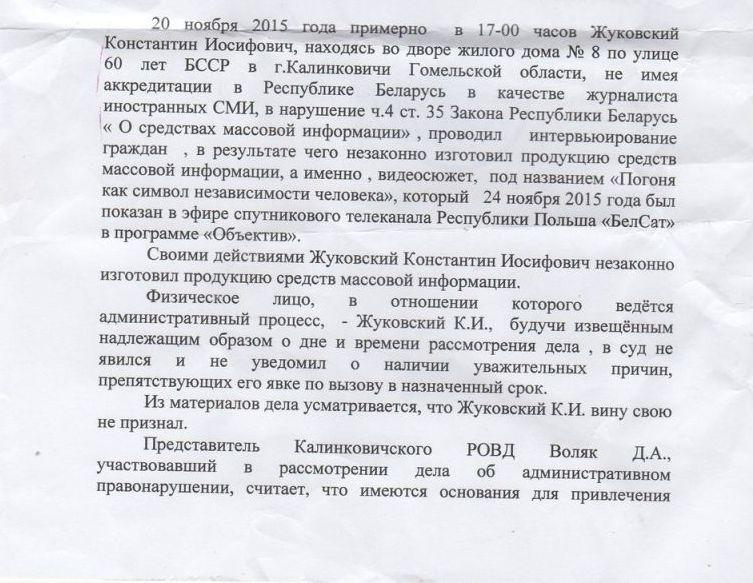 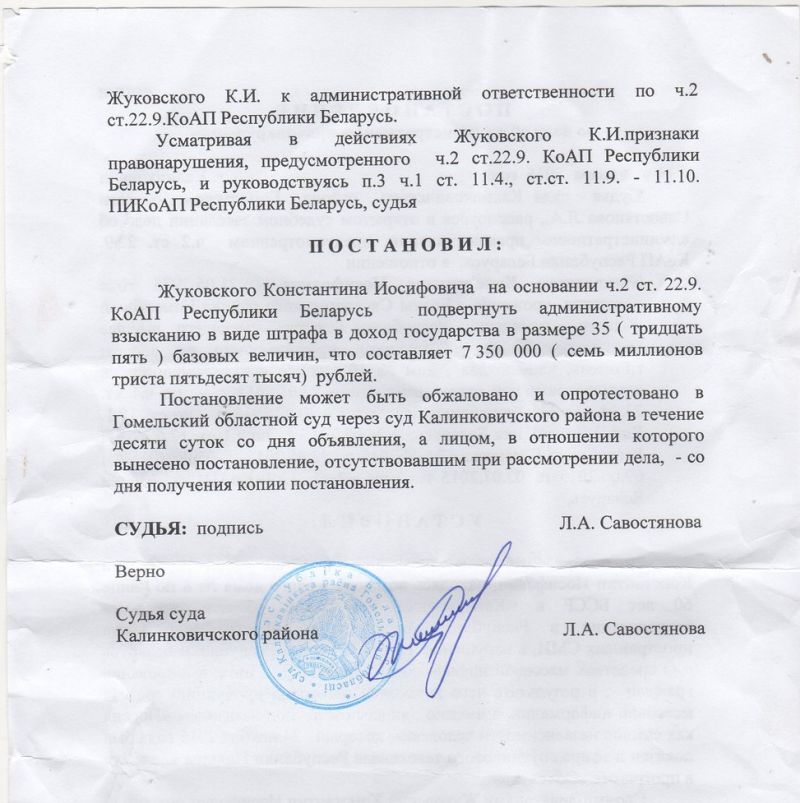 This is the second fine under art, 22.9 this year; the first one was handed in to Larysa Shchyrakova on January 13.

There are two more trials expected on January 20, also in the Homel region, against Kastus Zhukouski and Arkadz Malysh.