Another journalist, freelancer Katsiaryna Bakhvalava was fined in Orsha today for 30 basic amounts (around 360 USD) for disobedience to police’s demands and the violation of the media law. 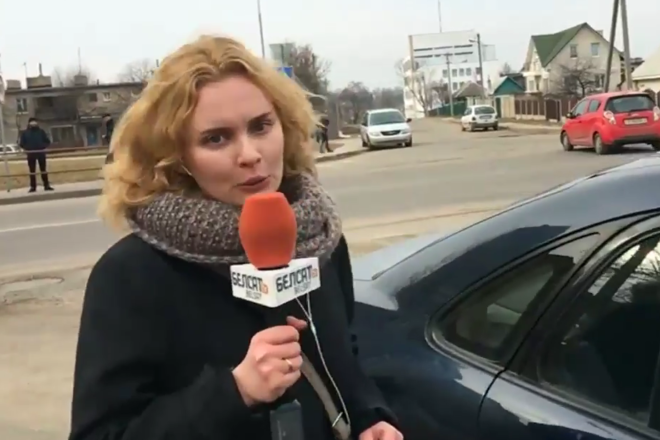 The journalist had spent the night in the detention facility; the police did not allow handing over drinks and warm clothes to her. She started feeling unwell during the hearing, for which the process was briefly interrupted.

Katsiaryna Bakhvalava was charged with articles 22.9 and 23.4 of the Code on Administrative Offences (violation of the media law and disobedience to police’s demands). The judge heard the witness Pavel Charniauski, who had performed the detention.

The judge forbid video recording and made all journalists put the equipment on the floor. She also promised to move everyone out when she found out that everything had been broadcast on the web.

The judge based in her conclusion that the journalist had been recording video with a logo of a channel unregistered  in Belarus (Belsat).