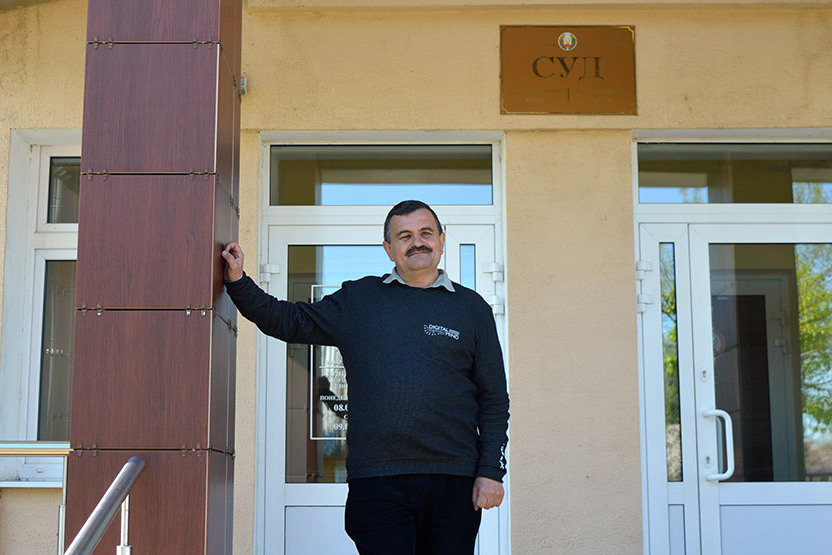 On May 15, police officer Uladzimir Chapulyonak drew a protocol upon Lupach under Article 22.9 of the Code of Administrative Offences (illegal production and distribution of media products). The journalist contributed to a news story aired on Belsat on April, 23:

“We visited Sharkaushchyna and asked people about the coronavirus situation. At that moment, it was the only district that was officially reported to be virus-free [in Vitsebsk region],” he told belsat.eu.

On Tuesday, judge Aksana Tabola has ruled to punish the journalist with a fine of 1,080 Belarusian rubles ($450).

“I expected as much. I thought the penalty would be even tougher, because the fines they imposed on me passed the 1,200 mark. I told the judge that Sharkaushchyna policemen were too lazy: we had interviewed three people, but they made a report after questioning only one of then, but Thus, the trial has been built on the ground of it [testimony of one person],” Zmitser Lupach said.

On May 11, Lupach was charged and sentenced under Art. 22.9. He got a fine of 1,215 rubles (nearly $500). Zmitser was also tried for his alleged participation in a mass event, and he was punished with ten days in custody. It should be noted that Zmitser Lupach was present at last week’s rallies, but he just performed his journalistic duties by filming and covering the protests.

On the heels of the hearing, the Belsat contributor became sick as he had had high blood pressure since early morning. His friends called an ambulance to the court; paramedics took him to the intensive care unit.

On May 14, Lupach was discharged from hospital. As soon as he returned home, he was informed of four-day suspension of his sentence. A bit later, however, he was ordered to come to the local predetention facility and immediately start servich his 20-day term.

Belsat TV, which has been broadcasting for over 12 years, has been denied accreditation for its journalists. The Belarusian Foreign Ministry has repeatedly declared that it could not issue any accreditation to Belsat because the journalists working for the TV station … break the law.