MINSK -- Four journalists from the banned BelaPAN news agency have gone on trial in Minsk as the Belarusian government continues to crack down on independent media following mass protests sparked by a disputed presidential election in August 2020 that handed victory to authoritarian ruler Alyaksandr Lukashenka. 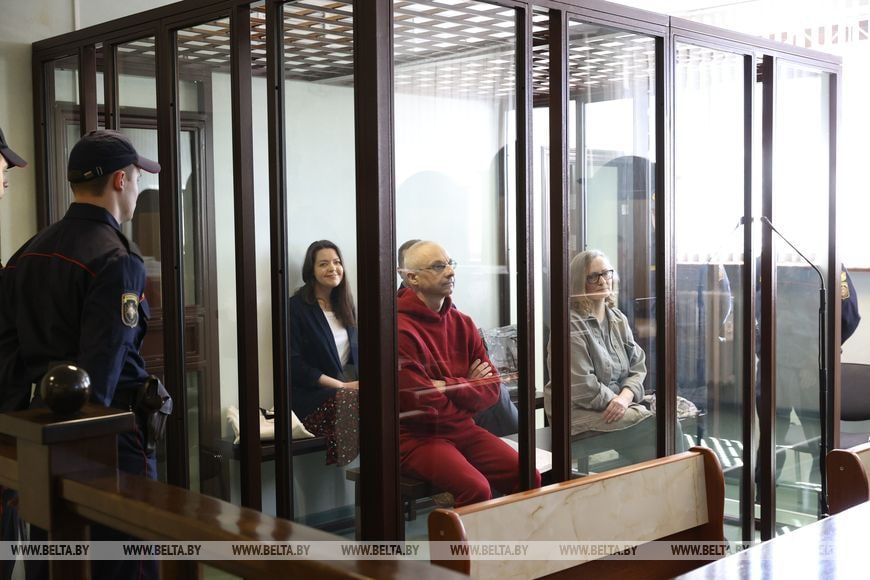 Navazhylau is charged with tax evasion and the creation of an extremist group. Alyaksandrau faces the same charges and is also accused of high treason and the organization of illegal rallies.

Zlobina is charged with high treason and the organization of illegal rallies, while Leushyna is accused of creating an extremist group.

All four have rejected the charges. The case against them was launched last year after police searched BelaPAN's headquarters.

In late 2020, several BelaPAN journalists fled the country following another wave of searches by police of homes of independent journalists.

Lukashenka, 67 and in power since 1994, has tightened his grip on the country since the election by arresting -- sometimes violently -- tens of thousands of people. Fearing for their safety, most opposition members have been forced to flee the country.