A photographer who previously worked for RFE/RL's Belarus Service has been arrested and taken to pretrial detention in Minsk, his relatives say. 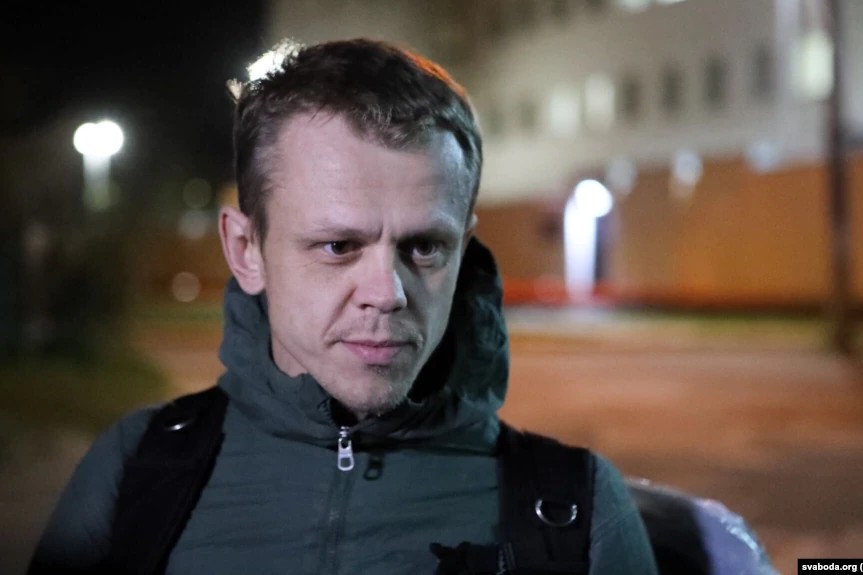 Relatives of photographer Uladz Hrydzin told RFE/RL on February 6 that he was taken to the Akrestsina detention center and his trial would take place on February 7.

Hrydzin stopped communicating on February 4, according to his relatives, who went to his house on February 6 and saw evidence that it had been searched. They said things were scattered on the floor and his laptop and camera were missing.

The relatives said they subsequently found out he had been taken to the notorious Akrestsina detention center, where many inmates have said they were tortured.

Hrydzin worked as a photo correspondent for RFE/RL's Belarus Service until August 29, 2020, when his accreditation was revoked. Since then he has worked as a freelancer.

The BAZh also said Hrydzin had been taken to pretrial detention in Minsk but didn't identity the facility by name. It said no information was available on charges against him and that his lawyer had not been able to meet with him, according to AP.

Hrydzin was arrested in 2020 for filming a protest that arose after a disputed presidential election and served 11 days in detention.

The protest rally took place after authoritarian leader Alyaksandr Lukashenka claimed victory in the election, which the opposition and many Western governments said was rigged.

Hrydzin has won the Belarus Press Photo contest, and his pictures were published by international agencies and mass media.