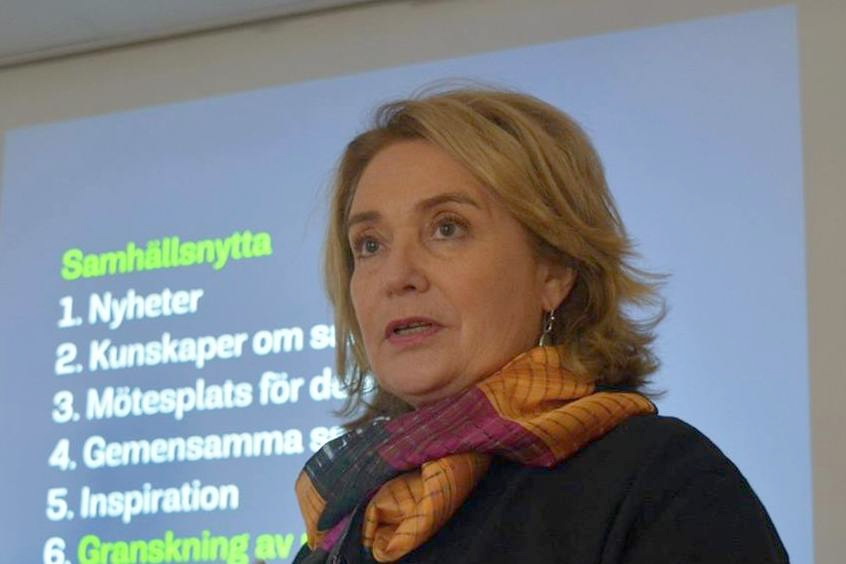 On January 25 afternoon Olga Vallee was detained by the border guards at Minsk airport. She was told that she could not enter Belarus, since she is on the list of persons, who are banned from entering the Russian Federation.

Belarus and Russia have recently acquired a common "black list". Once Olga appeared on the Russian list, she is also banned from our country. She had to return to Riga.

- We have addressed the Border Service of the airport and the hotline of the Border Committee of Belarus, which confirmed the information. According to the border guards, Olga Vallee is on the Russian "black list", and this is the reason why she was not let in Belarus.  The Border Committee staff recommended to contact the authorities of the Russian Federation, - said Aleh Aheyeu, deputy chairperson of the Belarusian Association of Journalists.

FOJO Media Institute has been cooperation with journalists' organizations of Belarus for more than 15 years. It supported a range of programs coordinated by BAJ, the Belarusian Union of Journalists, and the BSU Institute of Journalism.

Previously, there have been no incidents with FOJO representatives visiting Belarus.

On October 10, 2018 Olga Vallee received a business visa for a year, and planned to visit Russia in February 2019.

This is not the first time that the Belarusian authorities deported or banned foreign nationals on the grounds of the Russian " black list".

The Belarusian Association of Journalists is indignant over the incident. BAJ believes, the opinion of the Russian authorities should not affect partner programs and contacts between organizations of Belarus, Sweden and other countries.