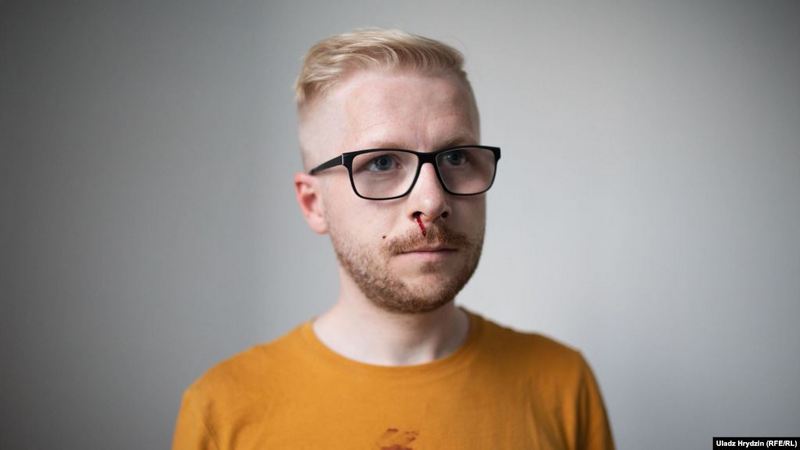 In the evening of July 15, RFE/RL reporter Anton Trafimovich and freelance reporter with BelaPAN news agency Vialetta Sauchyts were snatched in Minsk, near Niamiha street. Later they were found in Zavodski district police department. At 8:34 p.m. the journalists released.

Shortly before his arrest, Anton Trafimovich was livestreaming from outside the building of the Central Election Commission. Here is how he describes his detention:

"I was walking from Miasnikova to Niamiha street when I saw a van stopping right next to me. About 6 or 7 people rushed towards me, two in riot police uniform, and others in plain clothes. They twisted my arms behind my back and stuck a hand in my mouth to stop me from screaming. They also punched me in the nose.

In the van, they put me on the floor, on my knees, handcuffed me behind my back, and forced me to hold my head down all the way.  I was bleeding, but the police did not react to that. The whole floor under me was covered in blood, and my clothes, too.

No one introduced himself, or told me why they were arresting me. They just threw me into the van and took me to Zavodski district police department. Only there I was allowed to wash blood off my face. An hour later they let me go free." 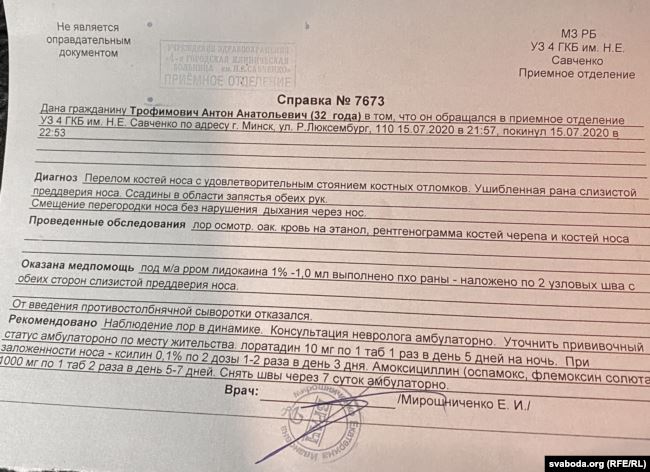