Belsat TV journalist Volha Czajczyc has been recently tried in Dzyarzhynsk district court for contributing to a story about the anti-nuclear rally in the town of Zaslavl. The news story was televised on Belsat TV. 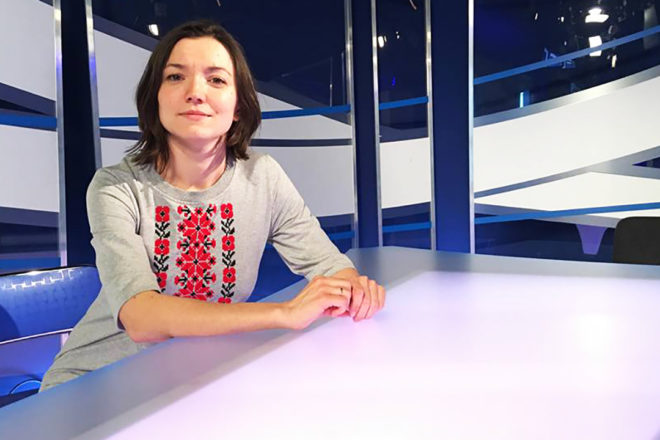 Judge Krupets imposed a fine of 980 Belarusian rubles) on Volha Czajczyc. It is the eighth time the journalist has been fined in 2018. Since January, the totality exceeded BYN 7,200 (nearly $ 3,600)

In mid July, Volha Czajczyc and her husband and colleague Andrus Kozel were warned the thy might lose their property if they did not pay fines for professional activities within two weeks. Court officers have threatened our colleagues with social welfare agencies.

Just this year the Belarusian courts imposed a total of 12 fines on Volha and Andrey (our colleagues have to pay almost 9,000 BYN to the state). The reason for the persecution of journalists is professional activity. All cases were initiated under Article 22.9 of the Code of Administrative Offenses — production or distribution of media materials, i.e. working without accreditation.

According to Reporters Without Borders, it is our journalists who are harassed by Belarusian government agencies most. In 2017, Belsat TV journalists paid over $ 14,000 of fines. 94% of fines for the so-called illegal production of media products fell on Belsat TV contributors, the Belarusian Association of Journalists (BAJ) reported.

Belsat TV which has been broadcasting over ten years, has been repeatedly denied accreditation for its journalists in Belarus. The Foreign Ministry has declared that it could not issue any accreditation to Belsat because the journalists working for the TV station … break the law.