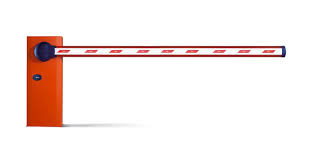 The law On counteraction to extremism came into legal force on 2007. According to art. 14 of the Law, it is prohibited to publish and (or) distribute (including in the mass media) extremist materials.

The information products containing calls for extremist activities or propagates such activities shall be confiscated by the authorized officials counteracting to extremism, or arrested by a representative of a state security services, law enforcement agencies, prosecutor’s office or court. The state body counteracting to extremism files a statement to recognize the seized materials to be extremist, and the court considers it and gives permit to destroy the products.

The definitions “extremist activities” and “extremist materials” are too vague, which allows a broad interpretation of the law. It leads to situations when any critical materials can be regarded as extremist and banned.

The practical use of the Law started soon after it came into legal force.

In 2008, the Hrodna region KGB initiated proceedings against several publications seized previously by police and customs officers: several issues of Svaboda and Glos znad Niemna na uchodzstwie, a review chronicle of human rights violations in 2004, audio recordings of programs of a Polish radio, the bulletin Svabodnaya Dumka, magazine ARCHE. Pachatak, the book by Sviatlana Kalinkina and Pavel Cheremet “President by Chance” and some other. As a result, in 2008 the recording of a concert in Warsaw Solidary with Belarus (2006) and the Polish award-winning documentary Lekcja Bialoruskiego were recognized as extremist, and some photos at Kastrychnitskaya Square in 2006 in Minsk.

At the beginning of 2011, the Ministry of Information issued a warning to the Autoradio for having distributed a message “calling for extremist activities”. The waring concerned a phrase by Andrei Sannikau, candidate for presidency in 2010, that “the fate of the country is solved in the square, not in the kitchen”. The Supreme Economic Court and the Republican Commission on Broadcasting upheld the warning, and the radio was deprived of the frequencies.

In 2013, the court decided that the album Belarus Press Photo 2011 was extremist. The album contained images that won the national press photo contest in 2011. The court supported the decision of an expert commission that “the compilation of the materials of the photo album together reflects only negative aspects of activities of Belarusian people, with the author’s personal  fancies and conclusions, which, from the point of view of social norms and morality accepted in the society, diminishes the authority of the state, undermines foreign states’ trust, foreign and international organizations’ trust to (our) state bodies.”

Further, the decision on the Belarus Press Photo 2011 served as grounds to withdraw the license from the publisher of the album Lohvinau.

Subsequently, seizures of print products at the customs offices on the border has become a common practice. Usually, the seized materials go to examination regarding extremist contents. The procedures how and when to receive the materials back are not clear, and often owners of the seized materials maintain long-term correspondence with the official bodies asking to give it back.

In August 2014, the Republican Expert Commission on assessment of informational products regarding extremist contents was set up. Two thirds of the commission are state officials (including representatives of the KGB, Customs Committee and the like) who often initiate proceedings to recognize a material to be extremist. In the first half a year of its existence, the Republican Commission considered over 100 materials, 25 of which were recognized as extremist.

Two Books by Pazniak Claimed to Be Extremist

The expert commission of the Brest region held an assessment of three books authored by Zianon Pazniak and claimed that two of them contained signs of extremism; the commission applied to the Maskouski district court of Brest to recognize the books extremist and to ban them.

The post-mortem edition of the book by political scientist Vital Silitski “Long road from tyranny: post-Communist authoritarianism and fighting for democracy in Serbia and Belarus” was published by magazine ARCHE in October 2015.

The information appeared on Facebook page of Alexander Doniy: he and four his colleagues were going to Vilnius via Belarus with the cultural program Last Barricade which is broadcast on the Ukrainian Central channel.