The repression of journalists continues to intensify in Belarus, in a context of passivity on the part of the international community. On 2 March, at 4 p.m., the Moskovsky District Court of Minsk announced its verdict. It convicted TUT.BY journalist Katerina Borisevich and doctor Artem Sorokin. They are accused of disclosing medical secrets. Katerina Borisevich was sentenced to six months in prison and a fine, Artem Sorokin to two years in prison with a one-year suspension and a fine. The European Federation of Journalists (EFJ) strongly condemns a court decision that violates press freedom and freedom of access to information. The EFJ once again calls on the international community to intervene to put an end to the repeated violations of the rule of law in Belarus.

The court sentenced Katerina Borisevich, from the local news outlet TUT.BY, to six months in prison on Tuesday for divulging medical secrets, after she had contradicted official statements about the death of a protester who the authorities suggested was drunk at the time. She had reported that there was no alcohol in the bloodstream of protester Roman Bondarenko when he died. Officials said he had suffered fatal injuries in a drunken brawl, while his allies said he had been beaten by security forces.

The death of Roman Bondarenko became a flashpoint in months of mass protests against illegitimate President Alexander Lukashenko, who launched a violent crackdown. The Belarusian authorities said that revealing information about Bondarenko posed a threat to public safety.

Katerina Borisevich (37) has been a journalist for almost 15 years. She has specialised in legal subjects: she writes about high-profile criminal cases and court proceedings. Katerina has been the winner of numerous journalism awards. In 2015, the Office of the Attorney General awarded her the Laureate Diploma “for her professionalism and journalistic skills”.
Belarusian human rights organisations have recognised Katerina Borisevich and Artyom Sorokin as political prisoners; Amnesty International has described them as “prisoners of conscience”.

“The EFJ joins its affiliate the Belarusian Association of Journalists (BAJ) in strongly condemning this outrageous sentence. We call on the international community to take sanctions against the judge Svetlana Bondarenko and the state prosecutor Lyudmila Ivanenko,” said EFJ General Secretary Ricardo Gutiérrez. “All those who violate the rule of law in Belarus must be held accountable. Once again, we call on the European Union, the Council of Europe and the OSCE to take action against the dictator Lukashenko and his henchmen. To allow this barbaric repression to take place in Europe is outrageous.” 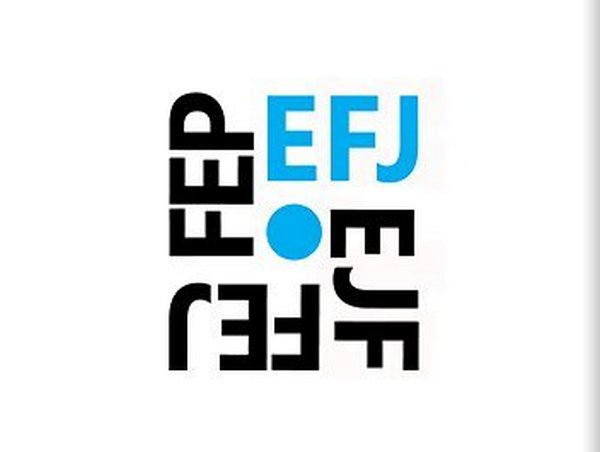