Belarusian journalist Katsiaryna Andreeva, a correspondent with the Poland-based independent broadcaster Belsat TV, has been sentenced on July 13 to eight years in prison for alleged treason charges. The European Federation of Journalists (EFJ) denounces this parody of justice and calls on the authorities in Belarus to stop harassing and prosecuting media workers, and release all journalists imprisoned for their work. 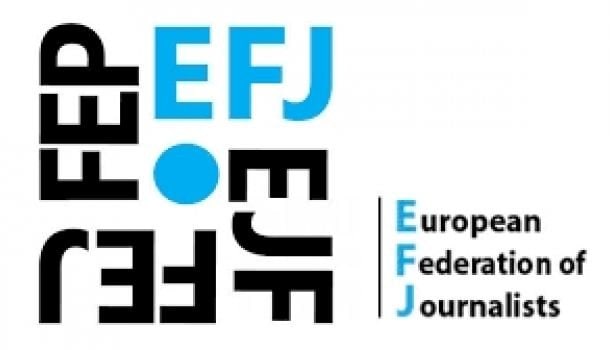 On July 4, Andreeva’s trial on alleged treason charges started behind closed doors in the southeastern city of Homel. On July 13, the Homel Regional Court sentenced the journalist to eight years in prison on charges of treason against the state (Article 356 of the Belarusian Criminal Code).

Andreeva was detained in November 2020 while livestreaming a peaceful protest against President Aleksandr Lukashenko’s continued rule. She was serving a two-year prison sentence for “organizing an illegal protest” and was due to be released on September 5, 2022. However, in February 2022, a new criminal case was launched against her for alleged treason charges.

“The Belarusian dictator and his henchmen do not shy away from any low point,” said the EFJ President Maja Sever. “They have gone so far as to prosecute an already unjustly imprisoned journalist on new trumped-up charges. This judicial harassment and increased repression of journalists demonstrates the true nature of the dictatorial regime in Belarus.”

“This is one of the cruelest sentences against a journalist in Belarus,” added the President of the Belarusian Association of Journalists (BAJ), Andrei Bastunets. “The Belarusian leadership wants to punish Katya for her courage. They are giving her an additional eight-year prison sentence just two months before her scheduled release from her previous sentence. We demand the annulment of the court decision and a review of the trial”.

The EFJ calls on the European Union, the Council of Europe and the OSCE to increase diplomatic pressure against the Belarusian leadership and to intensify sanctions against all agents of repression in Belarus.

According to BAJ, 31 journalists and media workers are currently behind bars in Belarus just for doing their job.